Bedroom pop trailblazer Rex Orange County (real name Alexander O’Connor) has been charged with six separate counts of sexual assault. Per reports from the Sun, the English musician has been accused of continually assaulting a woman back in June.

O’Connor appeared at Southwark Crown Court in London yesterday (Oct. 10). Allegedly the musician assaulted a woman twice in the West End, then four additional times the following day—once in a taxi and three times in his Notting Hill home.

Following his court appearance, O’Connor was released on unconditional bail, pleading not guilty to all six charges. A trial date has been set for January 3.

A representative for O’Connor told Rolling Stone, “Alex is shocked by the allegations, which he denies, and looks forward to clearing his name in court. He is unable to make any further comment because of the ongoing proceedings.”

No other details about the case have been made public as of yet. The 24-year-old singer first started garnering attention when he appeared on Tyler, the Creator’s album Flower Boy. A staple in the bedroom pop genre, O’Connor has three studio albums to his name, which have produced a number of Top 10 hits.

Earlier this year, O’Connor canceled the international leg of his tour. The singer cited “unforeseen personal circumstances” at the time and it’s unknown if his legal troubles were a contributing factor.

“It is with a great deal of sadness to announce that due to unforeseen personal circumstances, I am having to spend some time at home this year and I will not be able to continue with touring as planned,” he wrote in a statement on Twitter.

He continued, “I am devastated to say that the Australia, New Zealand and European shows scheduled for September and November will be canceled. All tickets will be refunded.” 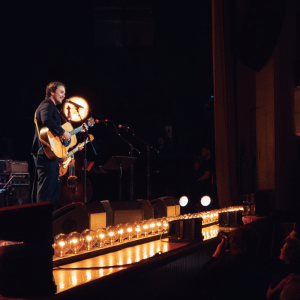