Highway run / Into the midnight sun / Wheels go round and round / You’re on my mind.

“In all honesty, it’s a road song,” says Jonathan Cain.

Observing the band’s touring crew, many of which didn’t have the money to fly their wives and kids around with them, the Journey keyboardist felt drawn to write a song about being on the road, far removed from loved ones, and found “Faithfully,” the first lines coming to Cain one evening after a show when the band was stuck in a snow storm.

“I watched the crew take down the whole stage—the speakers, the lights, the trusses,” Cain tells American Songwriter. “I watched the daredevils climb to the top like ‘Oh, my God, this is like a circus performance.’ I was so touched, and I thought we didn’t have a song, but if we had a song, or we sent one home to our loved ones, like a postcard to help bridge the distance between the road and home what would it be.”

Snowed in for the night, Cain started writing the first few lines of “Faithfully” on a napkin.

“I started thinking about me and my relationship, and I was missing my new wife at the time, and we were having trouble,” shares Cain. “There were early signs that we would probably split apart. I knew I needed to do something that said, ‘I love you, and whether or not you want to leave me, here it is,’ so I got on the bus, and there was this grey sky, and the moon was doing some kind of crazy stuff in the clouds, and it looked like the midnight sun. Then I wrote Highway run / Into the midnight sun / Wheels go round and round / You’re on my mind.”

After starting the song, Cain downed a beer and went to sleep, awakened by the smell of diesel fuel from the band’s bus. “In the morning, I saw the napkin sitting there on the nightstand and I said to myself, ‘This is a good song, so I started automatically lining up the lines and filling it in. In 30 minutes, all the lyrics were done. Then all of a sudden, I believe the Holy Spirit sent it to me, but I thought of the line ‘I’m forever yours, faithfully.’”

Cain took the napkin to the band’s next soundcheck in Saratoga Springs, New York, placed it on his piano, and started quietly singing “Faithfully,” working out the melody and piano parts, yet never recorded any demo until he revisited “Faithfully” with the late producer Keith Olsen (Fleetwood Mac, Ozzy Osbourne, Heart) and finally recorded the track.

Olsen played the song for Heart’s Ann Wilson, who loved it, but it was a Journey song. By the time the band was recording Frontiers, they needed a ballad, and “Faithfully” was ready to go.

“Perry said to me ‘I’ll sing it on one condition, you can’t be in the room when I’m singing,’” remembers Cain. “I said, ‘fine,’ and we cut it in three takes. We never played it before. We never rehearsed it. That’s how good Journey is.”

He adds, “Neil didn’t know what to play, and I looked at him and I said, ‘be a French horn”… and the song became a classic.”

Reflecting more on the track, Cain tells American Songwriter that the circumstances around the song give it deeper meaning threaded in love, faith, and music. “It was my first year out on the road, and I was in a really grateful place being young with a band like Journey, and grateful for how far up God had elevated me,” says Cain. “My identity was sort of acknowledged, finally. As a writer and performer, I felt like I belonged there. I didn’t feel like, ‘Oh, I don’t deserve this.’”

Replacing original keyboardist and Journey co-founder Gregg Rolie, who left the band to explore new projects and start a family, Cain, then 31, began working on the band’s seventh album, Escape, writing many of the tracks, including “Faithfully,” along with singer Steve Perry and guitarist Neal Schon in 1983. By the time Frontiers was released Cain already had “Don’t Stop Believin”—an encouraging phrase his father shared with him when he was younger—“Open Arms,” and more Journey hits under his belt.

“I feel like I earned every bit of it,” says Cain of the recognition he felt by the time “Faithfully” was released. “At the same time, I was grateful.

Today, the song, which originally peaked at No. 12, has never left the Journey setlist, but Cain regrets that “Faithfully” never found placement in a film. He can’t even get the song covered, and once approached Garth Brooks as well as Tim McGraw and Faith Hill to cover the ballad.

“I can’t get it covered,” laughs Cain. “I guess they’re afraid of the original. It is a great song.” 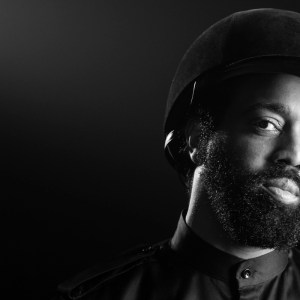 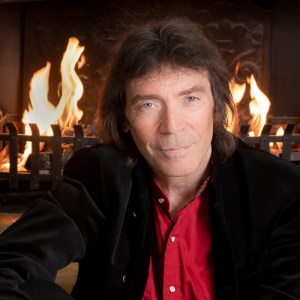