In the middle of an ongoing court battle between Journey bandmates, guitarist Neal Schon and keyboardist Jonathan Cain, over the band’s spending account and records, former singer Steve Perry has withdrawn his legal claim against the band over the trademarking of 20 of Journey’s songs.

Schon shared a copy of the letter from the U.S. Patent and Trademark Office (USPTO), which confirmed that Perry dropped the case. “Petitioner, without the written consent of Respondent, filed a withdrawal of the petition for cancellation on January 4, 2023,” read a portion of the letter. “In view thereof … the petition for cancellation is denied with prejudice.” Using the phrase “with prejudice” means that Perry cannot restart the claim.

Perry, who permanently left Journey in 1996, filed the lawsuit in September 2022 over the use of 20 of the band’s songs as registered trademarks. Schon and Cain, who own the trademarks under their Freedom JN LLC banner, were granted trademarks for some of the band’s biggest hits, including “Anyway You Want It,” “Separate Ways,” and “Open Arms” for use in merchandising items like shirts, hats, jackets and more without Perry’s consent.

“Now we can talk as we were,” wrote Schon on Twitter, referencing the band’s strained relations with Perry over the years.

In his tweet, Schon also took a jab at Cain. “So much for [Cain] trying to throw me under the bus as he claimed I was blatantly trying to rip off [Perry] while collecting the checks for the very diligent work my wife and I did to protect our Merch,” added Schon. “Time for coffee.”

Schon and Cain, the last two original members of Journey’s original classic lineup, are currently in the middle of a court battle. The guitarist alleges that he was denied access to the band’s American Express card and records and recently filed a cease-and-desist claim against Cain’s wife, who he says improperly accessed the band’s bank accounts.

Though Cain and Schon have yet to settle this case, Journey is still set to embark on their 2023 tour, which will kick off on Jan. 27 and run through Feb. 22. Original keyboardist Gregg Rolie, who was with the band from their 1975 self-title debut through their sixth album, Departure, in 1980, will also join the band on this tour.

“We’ve written great music,” said Schon in response to one fan’s comment on how he will perform alongside Cain on the upcoming tour. “Gregg Rolie will be there also. Channel the great music. Honor it.” 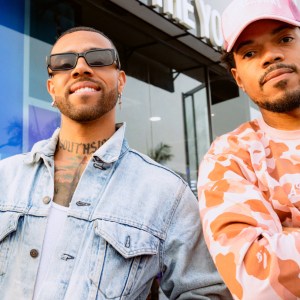