Kris Kristofferson has penned some of the most memorable lyrics in country and rock music history, and yet he has gone on record as saying he would like the opening lines of a song he didn’t write to be used as his epitaph. Such is the power of Leonard Cohen’s “Bird On The Wire,” a song that ruminates on the impossibility of freedom in a world rife with tethers.

The inspiration for “Bird On The Wire” came from Cohen’s time in the ’60s living on the rustic Greek island of Hydra. When he first arrived there, the island didn’t even have electricity, but Cohen soon witnessed the construction of telephone poles in this idyllic place. So there actually were birds on the wire to fire up the songwriter’s imagination, just as there were “drunks in a midnight choir,” since the island was also known for bouts of late-night revelry.

Judy Collins actually recorded the song in 1968 before Cohen’s own version a year later on his second LP, Songs From A Room. On that album, Bob Johnston,  who was known for his work on Bob Dylan’s landmark mid-60s albums, came aboard to produce, and the strings he applied to “Bird On The Wire” coat Cohen’s tale in just the right amount of tenderness and light.

Cohen’s music has always been catnip for artists looking for cover material, and “Bird On The Wire” has proved especially fertile ground, perhaps because it’s one of the Canadian bard’s most elastic melodies. In addition to Collins’ early take, there have been excellent performances of the song by numerous notable artists, including Fairport Convention, Joe Cocker, The Neville Brothers, Tim Hardin, and K.D. Lang, among many, many others. Even Johnny Cash sang a brooding version that brought the song’s darker elements to the forefront.

Yet none of these interpreters locates the song’s core quite as well as Leonard himself, especially in that original studio version. In the verses, he staggers through the slow tempo like one of those tipsy singers he mentions. It’s in the middle sections, when that famously deep voice stretches to its humble limits, that the vulnerability and genuineness of the song’s protagonist emerges.

Not that this guy is without his faults. These are made plain by his admission that “Like a beast with his horn / I have torn everyone who reached out for me.” Those destructive flaws are redeemed somewhat by his intentions to do better: “But I swear by this song / And by all that I have done wrong / I will make it all up to thee.”

The use of the archaic “thee” and references to knights and ribbons suggests a gallantry and charm that likely wins this guy admiration even for all the damage that he’s done. His inner struggle is made clear later in the song by the contrast of the beggar accusing him of greed and the pretty woman accusing him of reticence.

As is the case with many Cohen compositions, “Bird On The Wire” is never quite a finished product. When he performs it live, Leonard often toys with the lyrics to bring heretofore buried nuance to the surface. For example, the original version contains the lyrics “If I, if I have been untrue / I hope you know it was never to you,” suggesting that the character’s betrayal may have been first and foremost to his own ideals, with all those around him simply suffering collateral damage.

In concert, Cohen changes things around a bit: “If I have been untrue / It’s just that I thought a lover had to be some kind of liar too.” That variation puts the blame on the character’s ignorance more than anything else.

The lines that never change, the same ones that enraptured Kristofferson and so many others, are the ones that bookend the song: “Like a bird on the wire / Like a drunk in a midnight choir / I have tried in my way to be free.” In Harry Rasky’s 1979 book The Song of Leonard Cohen — Portrait of a Poet, a Friendship, and a Film, Cohen talked about the line concerning his character’s quest for freedom.

“It’s as explicit as you can get,” Cohen said. “It mitigates a kind of arrogant human statement, which is ‘I’ve tried to be free’ – well everybody tries to be free. ‘In my way’ somewhat modifies and softens the idea, and also includes the possibility of failure. Because you say, you know, according to my own light and in my way I’ve tried, and I’ve messed it up like everybody else, but that was the effort.”

Leonard Cohen wrote in the liner notes to a 2007 re-release of Songs From A Room that the song was “simultaneously a prayer and an anthem, a kind of bohemian ‘My Way.’” The comparison to that Frank Sinatra classic falters a bit, however, upon closer inspection. After all, “My Way” is about a man who simply wills himself to triumph. By contrast, “Bird On The Wire” admits that the human spirit’s struggle against inherent frailties and external pressures often results in futility. That’s all right though, because, as Cohen so movingly observed, it’s the effort that counts. 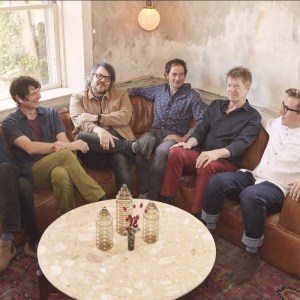 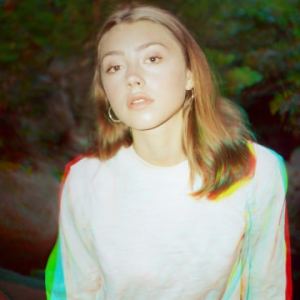