“He writes them and I write them down” Bonnie Owens once told Bob Eubanks about her one-time husband, Merle Haggard.

Married from 1965 to 1978, Haggard and Owens’ relationship was one of the most tenderhearted and creatively fruitful in the history of country music… and together, the two penned quite a few of Haggard’s biggest hits, like 1968’s “Today I Started Loving You Again.”

Initially, the couple first met when they were both aspiring singers on the California country music circuit (where Owens met her previous husband, Buck Owens). “She was a cocktail waitress and I was singing at the Blackboard,” Haggard said on Prime Time Country in 1996. “She was single at the time and was doing very well in her own career, and she liked my singing. She was booking away from Bakersfield, getting money for personal appearances—not just singing in nightclubs here in town, but leaving, getting big money, then coming back. She started telling people in these other towns about me, saying they better get me then while they could get me cheap. She did a good job of paving the way for me in some of those nightclubs, and it was a mutual love.”

Eventually, the spark of Owens and Haggard’s relationship caught fire and grew into a passionate flame—she joined his band as a backup singer and continued to support him well after their divorce, all the way to her death in 2006. Through that whole time, while the romantic flare faded away and they each found new partners, their deep-rooted love and appreciation for each other never dwindled. “I still love Bonnie,” Haggard revealed in ‘96.

That’s part of what makes “Today I Started Loving You Again” such a special song—penned in 1967 while the two were still together, it has since grown into one of the true treasures of mid-century country music hits (even though Haggard’s version never charted).

According to legend, the tune came about when Haggard asked if Owens would go down the street to pick him up a hamburger—by the time he returned, the song was nearly completed. “It’s amazing to me the things that come out of Merle’s mouth when he’s writing,” Owens told Nicholas Dawidoff in 1998. “I never heard him talk like that. He’d say later, ‘Bonnie, I don’t ever remember saying those words. It’s like God put ’em through me.’ I knew he said them—I was there. I’d write them down.”

And, like always, she wrote down the words for “Today I Started Loving You Again,” which constitutes one of the simplest, yet most elegant, set of lyrics from Haggard’s entire catalog. Just read how the chorus goes:

“I really feel like I’m in awesome company when we’re together,” Owens said in ‘96, in the same Prime Time Country interview. “He’s so talented—and he [has such] deep thinking—that you better stay up with him or else you’ll get lost.” Then, Haggard jumped in to say: “Well, you and Theresa [his wife at the time] are the reasons I don’t get lost.”

After it was released as a B-side in ‘68, “Today I Started Loving You Again” was quite the sleeper hit… in fact, it wasn’t really until Sammi Smith covered the tune in 1975 that it began to reach a wider audience. Today, it’s one of the true standards of the genre—it’s been covered by Martina McBride, Charlie McCoy, Kenny Rogers, Connie Smith, Bobby Bland, Emmylou Harris, Dolly Parton, Willie Nelson, Sheryl Crow, Ben Haggard (Haggard’s son), Chris Stapleton and more.

Yet, to Haggard and Owens, it was always their song. Owens passed in 2006 and, 10 years later in 2016, Haggard followed her—while neither of them are here anymore, their love for each other and the inimitably sincere tunes it spurred will hold a coveted spot in the annals of country history for generations.

Listen to a sample of some of the best cover versions of Merle Haggard and Bonnie Owens’ song, “Today I Started Loving You Again,” below: 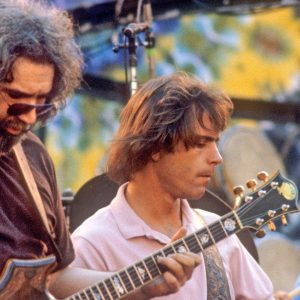 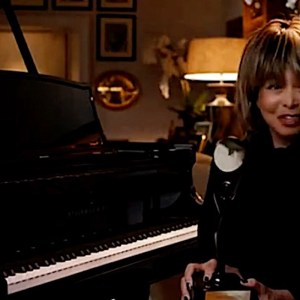