Just a few weeks shy of her 82nd birthday on Nov. 26, Tina Turner received her second induction into the Rock & Roll Hall of Fame.

Inducted by actress Angela Bassett, who played Turner in the 1993 film What’s Love Got to Do with It, Keith Urban, H.E.R., Mickey Guyton, and Christina Aguilera paid tribute to the artist by performing three of her hits.

“What brings us here tonight is Tina’s journey to independence,” said Bassett in her speech. “People still regularly tell me how much Tina meant to them. I know exactly what they mean because she has meant so much to me. I too am one of those people blessed by Tina’s gift to inspire.”

A highlight reel of Turner’s solo career—starting with her 1974 debut Tina Turner Turns the Country On! through 10th and final album Twenty Four Seven in 1999—through her explosion in the ’80s with fifth album Private Dancer, which gave Turner her first and only No. 1 single “What’s Love Got to Do with It,” which picked up three Grammy Awards for Record of the Year, Song of the Years and Best Female Pop Vocal Performance in 1985.

“She’s incredible,” said Pink in the video tribute. “To just be reaching her peak at the age of 50. It’s not only inspiring to us women, but it’s changing the rules of the playbook.”

Following the induction and a short acceptance speech by Turner, H.E.R. and Keith Urban performed her 1984 hit, “It’s Only Love,” which originally featured Bryan Adams, who was originally scheduled to appear at the ceremony. Country singer Mickey Guyton performed “What’s Love Got To Do With It,” and Aguilera took on “River Deep, Mountain High.”

Often referred to as the “Queen of Rock and Roll,” this milestone marks the second for Turner, who was first inducted into the Rock Hall in 1991 as part of Ike & Tina Turner.

Living in Switzerland, mostly out of the public spotlight for the past decade, Turner has been coping with various health issues throughout the years, including a stroke in 2013, being diagnosed with intestinal cancer in 2016, and undergoing a kidney transplant a year later.

“It was really special when I heard the hall of fame was given me a trophy,” said Turner in a pre-recorded acceptance speech. “If they’re still giving me awards at 81, I must have done something right.”

She added, “I’m very happy to have this and to have achieved this rock and roll hall of fame. It’s great. Thank you.” 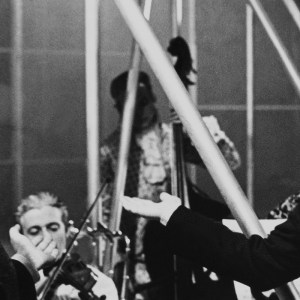