Hear the original demo of the song in its first incarnation, as “Let Me Live In Your City,” a great example of serious songwriting diligence and revision.

From  There Goes Rhymin’ Simon, his second solo album following the break-up of Simon and Garfunkel, “Something So Right” is an extraordinary love song from a songwriter of many of the most beloved love songs of our time.

So focussed and poignantly human are the lyrics, built around the title, that it’s surprising to discover Simon wrote “Something So Right” with another chorus and title altogether, before reinventing it as the song we know now.

The demo of this first version is below, with the original lyrics.

VIDEO: Paul Simon’s demo of “Let Me Live In Your City,”
the first incarnation of “Something So Right.”

VIDEO: Paul Simon, “Something So Right,” 1973,
from There Goes Rhymin’ Simon

The title of this ultimate love song reflects a realm of  human love which isn’t expressed often in song: the inability to accept the good things in life. It’s an idea indicative of the human condition, and has been an enduring element of human existence through several centuries.

Evidence of this comes in 1580, when the author Thomas Lupton introduced the axiom “too good to be true” to the English language in his book Thomas Lupton’s Sivquila, Too Good To Be True. It’s an idea which reflects this human dynamic, often commonly paraphrased as:  If something seems too good to be true, it’s probably because it is.”

Relative to his most famous songs, such as “Bridge Over Troubled Water,” which is a modern standard, it’s  mostly unknown among the mass public. Yet “Something So Right” remains a cherished secret hero among his songs, especially by Simon cognoscenti, for whom its unwarranted outsider status lends it a singular shimmer all its own.

It’s also treasured for being an open window into Simon’s true self, expressed in a chorus of self-effacing admissions. The singer owns his innate negativity, the tendency to focus always on any potential darkness while being unable to even perceive any possible sunny side of any street.

Yet the song stands as  one of Simon’s most essential, both musically – with its sensual, yearning verse melody and intricate, elegant guitar part – and its unique lyrics.

The lyric is unique even in Simon’s songbook: it’s more lucid than those songs with mysteries baked into them and questions forever unanswered (such as what the mama saw in “Me and Julio,” or why there are 50 different ways to break up a love affair, or the source of sorrow  in “Mother and Child Reunion.”)

The chorus of “Something So Right” was written after the verses and the bridge were written, and originally had a different chorus and title.

But as the theme emerged of true love as a force so volatile that it is distrusted, Simon revised the chorus to fit, as proved by an early demo with the original chorus. It shows that this direct clarity is the result of a major revision of the song from its original conception and chorus, which had a different title for the song within it, “Let Me Live In Your City.”

It seems likely that the original chorus – which musically is similar to the final version but not exact, though the lyrics are completely changed – was a dummy section, never intended to be kept. After writing the verses and then the bridge, Simon probably  recognized that the lyrical theme which emerged in the verses is not pronounced in the chorus. So he reinvented the chorus lyric to both expand and button up the theme.

This level of revision reveals the diligence of the songwriter, and his inspired, ingenious solution. It meant discarding the entire original chorus, some of which had lines of such beautiful singability that they would be hard to remove, such as “Rent me a room where I can lay over…” But `good enough’ does not a masterpiece make.

In the phrase “Something So Right,” he discovered the ideal nucleus of the song, and one which is  eminently singable, landing at the perfect place for the title.

In this first incarnation of the song, the title comes in the first line, “Let me live in your city.” The ending of that chorus, about a “traveler in traveling time”, is vague. Yet the entire melody and momentum of the song leads towards that melodic culmination on the last line of the chorus, where he placed the title. And it works. It’s only three words, yet it’s beautiful in its simplicity, creating a sweetly whimsical and colloquial way of describing this sensation.


Here are the lyrics to the first draft of the song, entitled “Let Me Live In Your City,” followed by Simon’s demo using these words.

1. Chorus of “Let Me Live In Your City,” the first draft,
by Paul Simon, of “Something So Right..

2. Revised New Chorus of “Something So Right,” as recorded by Paul Simon.

From “Something So Right”
By Paul Simon

Simon played and wrote the song on a classical gut-string acoustic guitar, as opposed to the acoustic steel-string guitars he usually played and used for songwriting. To expand his musical vocabulary, Simone studied many different kinds of music as played on guitar, including classical, , which is played on a gut-string or nylon-string guitar.The sound and melodic feel of the song was shaped by the instrument.

The song was recorded ion 1972 at Columbia Records Studio in New York City. It was engineered by Phil Ramone and Roy Halee, who co-produced the album with Simon. Quincy Jones composed the string arrangement. The instrumental credits follow:

Simon’s original demo is in E, though the  studio version from There Goes Rhymin’ Simon is in F, a half-step higher On guitar, it is simpler to play in E, and given that the demo is in E, it seems likely it was written in E and then transposed.

Rhythmically, the song, as written and recorded, switches off between a time signature of 2/4, 4/4 and in the bridge and elsewhere, 3/4 time.

It’s a song which is also distinguished by being covered by not one but three of the great musical divas of our time: Barbra Streisand, Phoebe Snow and Annie Lennox.

Barbra Streisand was first. She recorded it in 1975 for her album The Way We Were.

Next was Phoebe Snow, who called it “the ultimate love song.” She had famously dueted with Simon on his song “Gone At Last,” from Still Crazy After All These Years, and also performed live with him.

Her great soul-injected rendition of the song is included on her 1977 album Never Letting Go.

Annie Lennox recorded the song solo in 1995 for her album Medusa. That same year, she re-recorded the song, using the same track, and transformed it into a duet with Paul Simon, adding new vocals provided by Simon, and also new tracks of Simon’s guitar playing.

Released as a single (unlike Simon’s record of it, which was a b-side only), it was popular on UK radio, and went up to 44 on the UK pop charts.


On Phoebe’s version, the chords are changed slightly at the end of the chorus. She sings it in E.

Annie Lennox’s version is in A. The chords are changed radically, as is the structure.


Barbra Streisand’s rendition is the closest to Simon’s in every way. Except that she sings it in C. 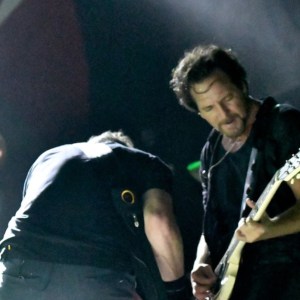 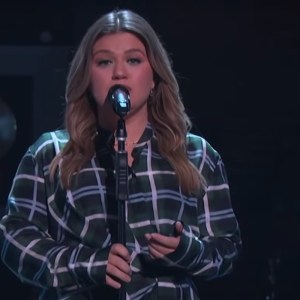