He’s most famous for writing a song many assumed was written by The Rolling Stones, as it’s among their most famous songs. They had a big hit with it in America in 1964, and ultimately recorded it three different times.

That song is “Time Is On My Side.” Its songwriter is Jerry Ragovoy.
He also wrote other famous songs, including Janis Joplin’s classic “Piece of My Heart” co-written by Bert Berns, which became Janis’ signature song.

“Time Is On My Side” remains his most famous song. Though it seems crafted as a hit for the Stones, the band wasn’t even the first to record it. Jazz trombonist Kai Winding and his orchestra earned that distinction, recording it in 1963.

Ragovoy, who used the pseudonym Norman Meade on the song, wrote it as a soul-jazz rave-up, with few lyrics. The full verse as it was done by The Stones was not even conceived yet. Ragovoy had only the lyrics “Time is on my side” and “you’ll come running back.”

Winding plays the verse melody on trombone, while the chorus is given full soul choir treatment, with good singers: Dionne Warwick, Cissy Houston and Dee Warwick. Creed Taylor produced it with Phil Ramone engineering.  Ragovoy said he wrote the song in under an hour after a friend, who was the arranger for the Kai Winding sessions, asked him if he had any material they could use.

When Irma Thomas, the “Soul Queen of New Orleans,” recorded it in 1964, Jimmy Norman of The Coasters completed the lyric in the studio, just moments before she started tracking. Though his credit was later removed from the song, his lyrics remained.

At the start of 1964, Irma Thomas’ R&B version of the song was released as a B-side. It was that record that led to its next incarnation.

Ragovoy got a call informing him that an English band called The Rolling Stones wanted to record it. He had never heard of them, but was hopeful they could bring the song more attention. They did.

“Next thing I know,” he said, “it’s out and it’s their first hit in this country. I was amazed. I listened to it and thought, ‘What on earth is this?'”

The Stones recorded two versions of it at first. Their initial record was tracked in London in June of ’64 with a loose rhythmic feel and an organ intro. It was released as a single and on the U.S. only album 12 x 5.

The second version, which is the one we’ve come to know, has a tighter feel and guitar intro. Cut in Chicago in November of ’64 and released in January, 1965, it went to number six on the Billboard Pop Singles chart.

“In America,” said Keith Richards, “we were basically known for heavy, slowish kind of ballads. ‘Time Is On My Side,’ ‘Tell Me,’ ‘Heart of Stone,’ that was what we were known for. Strangely enough, that was our thing. Every single was a slow song. Who would believe it? You’d think they’d be clamoring for out-and-out rock and roll, but no, it was the soul ballads that happened for us in America.”

The players on it were The Rolling Stones of 1964, with keyboardist Ian Stewart:

In 1982, The Stones released a third version of the song, this one live, on their album Still Life.

As the years have gone by, many cover versions of the song have been recorded by artists including Michael Bolton, Cat Power, Hattie Littles, Blondie, Wilson Pickett, the O’Jays, the Pretty Things, Lorraine Ellison, Paul Revere and the Raiders, Kim Wilson, Tracy Nelson, Patti Smith and Andrés Calamaro.

Jerry Ragovoy went on to produce records by Bonnie Raitt and others, and won a Grammy for producing the score for the musical, “Don’t Bother Me, I Can’t Cope.” He was also the founder and owner of the Hit Factory studio in New York. 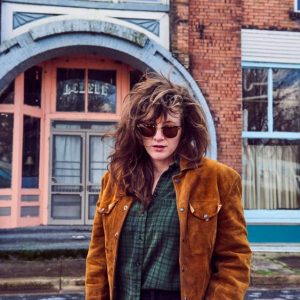 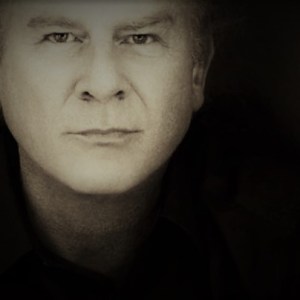