Ben Sidran’s long been a personal hero, since we first heard his great albums in the 70s. It was Puttin’ in Time on Planet Earth, which was actually his third album, but he first we heard. “Face Your Fears” became a theme song then and remains one. (Primarily because fear itself remains, and it’s the best song-antidote.)

Since then he’s made about thirty more solo albums, while maintaining a career that somehow encompasses four or five, and each so deeply realized. An award-winning radio host and interviewer, he’s also a record producer of legends, scholar, and author of many books. His Talking Jazz is a classic collection of deeply informed and intimate conversations with the greatest jazz artists of all time, who talked to him as a trusted and learned brother because he is.

He’s also the rare artist who delights in championing others by shining his light into their world. His most recent book is The Ballad of Tommy LiPuma, is a delightful and lovingly reverent memoir of the legendary producer and record executive, and the subject of our next chapter in our Sidran series.

As with The Ballad of Tommy LiPuma, the life and work of Ben Sidran requires at least a book to contain, if not many volumes. We’re bringing it to you here in separate chapters. Although this is not the actual first chapter in his story, because it coincides with our celebration of Mose Allison Month (oddly, still not an official holiday in America), this chapter comes first. There is nobody else with as much genuine insight and understanding of Mose as Ben Sidran, whose reverence for him preceded their work together, and long friendship.

Prior to our talk, like most fans of both men, I knew that Ben had produced many of Mose’s albums, including Ever Since the World Ended. I didn’t realize the fullness of his contributions to Mose’s work and legacy until this talk. He was a true champion for Mose in many ways, as explained in the following conversation.

He’s a great writer as well as musician, so I share this passage about Mose’s impact on his life which he wrote for JazzTimes:

“Mose Allison’s music has gotten me through a lot of tough times over the years. His songs and his voice and his piano playing ignited dreams in me as a young boy, and when I was in college, listening to the album The Word from Mose, with the song “Foolkiller,” got me to straighten up and get serious about my life. And then when I became a professional musician, he was a terrific role model for how to carry yourself in an honorable way through the shifting sands of show business.”

A terrific role model, that is for certain. He showed how to balance many jobs – as Ben has done as well – songwriter, traveling musician, jazz legend – and make it all work. From the outside, Mose seemed about the coolest person ever, one who had figured out life to an extent most people never do. But was that a true impression? It’s where our conversation began.

I once asked him, “Are your songs autobiographical?”

He said, “Man, if I could live those things, I wouldn’t need to write about them.”

He wrote songs from the point of view of the wild man on the loose. But he was really a very conservative, conservative guy. He had dinner every night at five o’clock, same places. He was very regulated. He did Tai Chi. He was a great reader; he loved literature, he loved science fiction. But he was not a wild guy.

Mose was not literally the guy he was in the songs, but he was a hundred percent who he was in life. That authenticity came out of him every time.

He seemed to have a zen understanding of the gig and his job. That he had really figured it out, how to make it work best. Is that accurate?

Yeah, you’ve got it right. Now that that was him. That was him. All he cared about was the gig. He loved playing gigs and he wanted tomorrow night’s gig to go well and maybe do something into tonight. He was very simple that way. You know, even though his head was full of all these complicated thoughts and ideas.

He said it mystified him that in rock, everyone is playing what he considered a martial beat. He said he’d already been in the army.

Yeah, he hated backbeats. All along the way, various record companies had the idea to make R& B records with him because he was a blues guy, and he kept fighting them. He would never do it because he said, “That’s so boring. I hate it.”

Yeah. He knew exactly who he was and who he wanted to be, no question about it.

His piano solos seemed to grow more expansive as the years went by, bringing in classical elements and more. Do you know why he made that shift?

This happened in the late ’60s, early ’70s. Before that, he was playing in a fairly traditional bebop idiom. He was a sideman. He worked for Stan Getz, he worked for a lot of other guys. So he fit into that.

But after that all the musicians started experimenting. And the way he experimented is that he was listening to opera and classical piano. And so he would go into these romantic Italian operas and stuff, and that whole way of soloing that he developed with those parallel octaves, and these long lines, and he would suspend the harmony. He didn’t stumble on it, he developed it.

At the same time, his language in his lyrics is so expansive and playful. He was as brilliant with words as with music,

Well,  he was an English literature major in college, man.

As were you, correct?

Exactly right. And it’s about the love of the story, man. Story is what gets people to pay attention. It’s not how clever you are, how many notes you play. That wears real thin. Mose was just a wonderful storyteller.

When I interviewed Chrissie Hynde, she said, “You know, the Kinks stole all their songs for Mose Alison? You know that – don’t you?” And I didn’t know that at all.

Well, she’s right. That’s the Brits. The Brits fell in love with him. Van Morrison and Pete Townshend,  Georgie Fame, all these guys, when they discovered Mose, they discovered somebody who was articulate, which the Brits are, they love language.

And at the same time had roots in Mississippi and the Brits were totally in love with the Chess Record catalog. So here was this one guy who came along, did both things for them. So the Brits really took him up and got him.

Whereas in the United States, most people said, “Well, he’s not a blues guy. Not just because he’s white, but I mean, he’s telling these funny stories.”

And the jazz guys said, “Well, he’s a blues guy, we’re not going to take him seriously.”

So for the same reasons that the Brits loved them, the jazz community in the States ignored him.

You produced many albums with him. He obviously trusted and respected you as a producer. Why is it that you were able to do so many records together?

They gave him no money to make those records. So, I had to make it happen ingeniously every inch of the way. We sat down and we discussed the songs and then we discussed the musicians and the concept. Like if it was Ever Since the World Ended, we’re going to have some multiple horn players. We talked about who the horn players might be. And I would go and talk to the horn players and make the deal. Now the good thing was everybody loved Mose and wanted to record with him. So that wasn’t a problem.

I basically didn’t produce Mose so much as I facilitated Mose. I helped Mose through the morass of the industry, because the business really, in ways big and small, took advantage of a guy like Mose. And I had been around long enough to know where some of those pitfalls were and could guide Mose through them.

So that all the records sound great. I never compromised the sound of those records. Other companies did to save money. They recorded them on the cheap. So I made sure it always sounded good. I made sure he always had great musicians around him.

I made sure that when he went in, he had the material, he wasn’t scuffling for that. I made sure that if there was a concept behind the record, like My Backyard, which was about New Orleans, that it was not an easy record to make, but I was going to get us through it. Technically and physically.

So that’s I think why we got along so well. At the end I insisted that he stopped taking money from record companies and pay for the records himself, so he could own them in the end.

He didn’t want to do that. I said, “Okay, Mose, I’m going to pay for them, and I’ll give them to you. But you can’t take money from these companies anymore because one day you’re going to be gone and your kids are going to have nothing. They’re going to have songs, but they won’t have the versions of the song.”

And the first time we did that, we made a two-CD compilation in London. [The Mose Chronicles: Live in London, Volumes 1 and 2] We recorded in London because he liked the players there.

And he didn’t want to do it, but we did it. And now his kids own them.

That is great you did that. You were a true champion for Mose. That’s a step beyond right there, but beautiful.

It was giving back. You know? Like writing the Tommy LiPuma book, or working with Mose. How can you not want to give back to the people who saved your life, man? 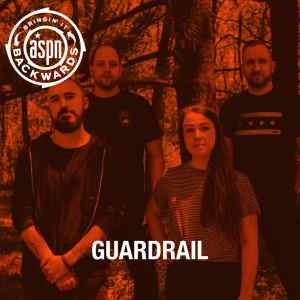 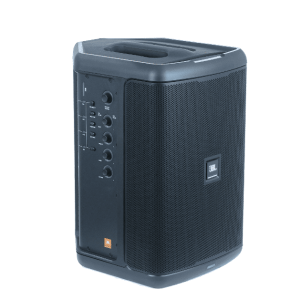