Each year I have the privilege of writing the stories behind the five nominated songs for the Best Song of the Year for the Grammy program, most of which I get by interviewing the nominated songwriters. Though many people tell me they are confused by the distinctions between awards for Best Record, Album and Song, the Grammy for Best Song is awarded for the writing of the song itself, not the performance or the production of the record. It is a pure songwriting award, and one I am privileged to relate. Here are the five stories, starting with the winning song this year, “We Are Young,”by Fun. 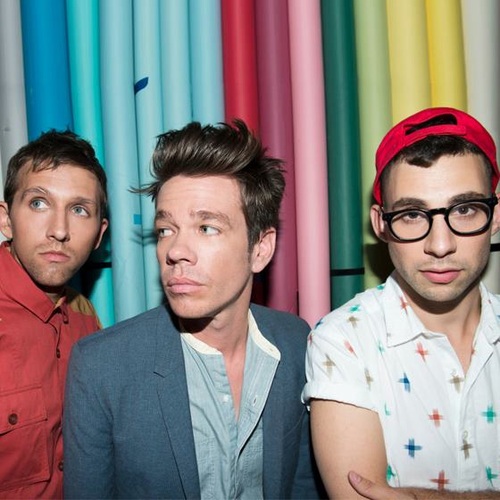 It all started in his car, en route to Woodstock, Nate Ruess of Fun told us: “I was alone, driving,” he said, “and out of nowhere, the chorus popped into my head. And it sounded exactly as it sounds on the album.” Because the sun was shining, the word ‘sun’ became the obvious rhyme for ‘young,’ and the anthemic chorus was complete. With chord progressions from bandmate Andrew Dost, Nate completed a draft of the song, which he sang a capella for producer Jeff Bhasker, who was stunned: “His jaw dropped to the floor.” Bhasker started tracking the song, and attempted to structure it conventionally on a normal rhythmic grid, although Nate knew it needed to go off the grid to enable its multi-rhythmic groove: “When I explained that to him, I thought he might punch me in the face because I was sounding crazy,” said Nate. “But after some connecting, he understood, and we sped up the verse. He so loved the sound of my voice sped up, that we kept it that way. And when he heard how well the tempo worked, he freaked out, he was so excited.” Bhasker retooled the melody slightly, while Fun-mates Dost and Jack Antonoff added “their magic touch,” which included “an awesome guitar part” by Jack, and orchestral arrangement ideas from Dost. It was Bhasker’s inspiration to invite Janelle Monae to bring her uniquely spirited vibe to the track: “She had never heard of us, but loved the song,” Nate said, “And we so loved what she added. It was a beautiful contribution. So the song is very much a collaboration between all of us.” 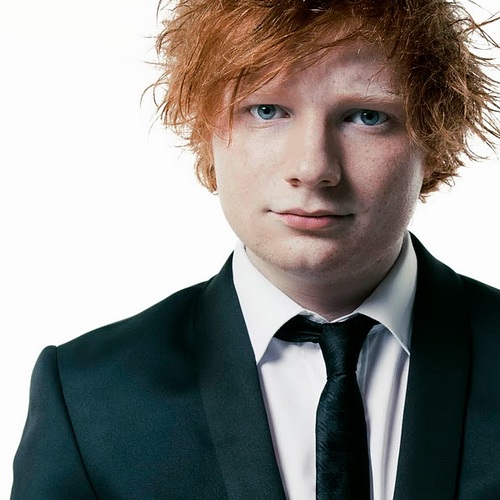 Her name was Angel, a homeless woman he met at a shelter in London, who told him the story that led to the song. “We had a bit of a talk,” Ed Sheeran said, over the phone from Cincinnati, “ and her story struck a chord in me. I was only 18 and I had never seen the underground of London. That night I went back to my mate’s flat, picked up his guitar and wrote the entire song on his bed in twenty minutes.” The title, he explained, “insinuates that she is on what in the UK are called Class A drugs, such as heroin. I wanted to write a song which explained what her life is like, and I used a lot of her own words.” He recorded a raw but passionate demo, which he ultimately used for the finished record: “The version you hear on the radio, that is played worldwide, is exactly as I recorded it in that instance.” As spontaneously generated as the song was, it still began with simple songcraft: “The first things I wrote were the rhyming couplets,” he explained. “I wrote down a whole list of a rhymes for A Team, like eighteen, daydream, wasting, pastries. And then I pieced the song around one rhyming scheme. The words and the melody mostly came at the same time, the melody based on singer-songwriter folky chords. But I also wanted to have a but of soul in there, and the main element of the chorus sings almost like a standard on the line, ‘it’s too cold outside for angels to fly.’” 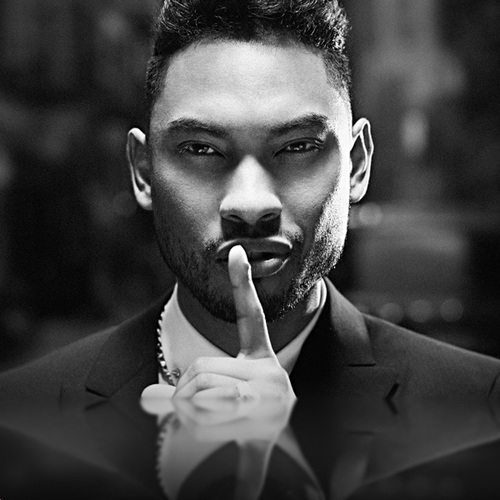 “I’ll be honest,” Miguel told WPGC Radio about “Adorn”: “It’s the craziest thing: hearing voices in your head, you lay it down, you lay down the beat and the words, and hearing the melody and the song almost writing itself. Then singing it in another country and people knowing the song, or hearing it on the radio. It’s a humbling thing.” Getting to the place where “Adorn” and other songs could emerge had to do with the artistic liberation he’s embraced since making his debut album, leading him to write and produce all the songs on his second album, Kaleidoscope Dream. “It was so much easier,” he said in an interview with Contact Music, “because that was the actual driving thought: Just be true to yourself on every level this time around.” “Adorn,” built around the timeless invitation, “Let my love adorn you,” has already shown the durability of a standard as it shines through countless remixes, the most popular of which is by hip-hop superstar Wiz Khalifa. “It’s the best song I have ever heard anybody sing,” Wiz said on the red carpet of the BET Hip Hip Awards. To Miguel, Wiz said, “You sound like you drank gold that morning.” On The Wendy Williams Show, Miguel said he loved what Wiz did with his song: “It was such a cool re-mix. It’s my favorite, hands-down. He did it on the official tip, so I got to shout out to him.” 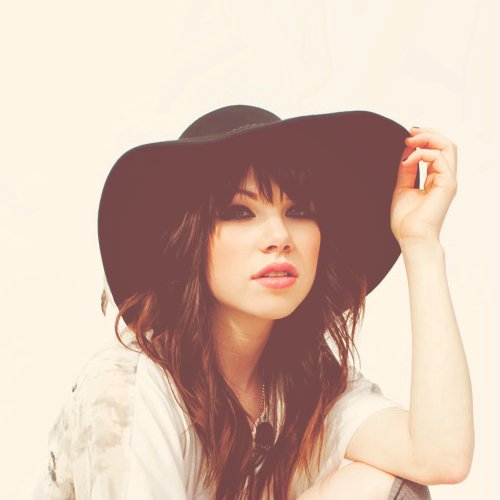 She called it “Call Me Maybe” because she’s bashful: “I just liked the idea of being brave in love, and approaching a total stranger,” Carly Rae Jepsen told us. “But I am shy by nature so `Call Me Maybe’ felt more coy than just plain `Call Me.’” Written with Josh Ramsay and Tavish Crowe, it was based on an idea she and Tavish shared while in the midst of a tour. “It began on acoustic guitar,” she remembered, “so it originally sounded a lot folkier. ” The title emerged while the three jammed with voice and guitar, throwing out random lyric ideas until the ideal one arrived: “When I sang out ‘Call Me Maybe,’ the guys loved it. Josh said, ‘That’s it! That’s gotta be the title.’” The verses, though, required a little more work: “The melody [for the verse] came first,” she said, “and the lyrics were rewritten twice before we were happy with them.” Almost as soon as the writing session was done, the production of the song commenced. “The song really began to take shape when Josh began tracking it,” said Carly. “He’s a bit of a mad genius when he gets excited about something.” As excited as she is about the phenomenal success of this song which even President Obama quoted during his campaign, nothing compared to the exultation she finds in songwriting itself. “The writing process is always different for each song,” she said. “But my excitement remains the same. I always feel the most alive when I am writing a song.” 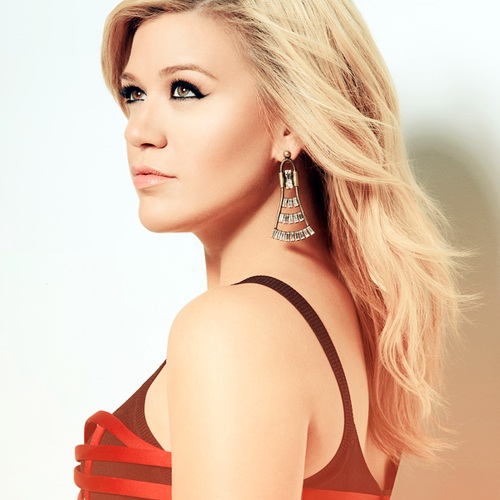 “It changed my life,” said Florida-songwriter Ali Tamposi about “Stronger (What Doesn’t Kill You).” Like many famous songs, it was borne out of heartbreak. “I went through a crazy break-up the night before writing the song,” she told us, “and I was on the way to the [writing] session with David [Gamson] and Jörgen [Elofsson] and my mom was in town, and I didn’t want to go. And she said, ‘Darling, what doesn’t kill you makes you stronger.’ It was just a little mother-daughter advice! But it said everything.” Asked for concept ideas upon arrival, she shared her mother’s line, and as Gamson played chords and she and Jörgen sang melodies, the song quickly came together. “Jörgen and I bashed heads over the lyrics,” she said, “and then we took a walk, came back and finished the song.” Originally they felt the song would be right for Leona Lewis but then agreed it was too edgy for her. When told Kelly Clarkson wanted to record it, Ali was shocked: “I thought it was a joke,” she said. “[Kelly] is like super-human. This is a hard song to sing, with a big range. She said it was like a work-out, recording it. She is a vocal genius, and totally transformed the song. Having her sing this song is magic. And [producer] Greg Kurstin’s track is amazing. All the stars aligned on this song, starting with my mom, who is the the proudest mom in America right now.” 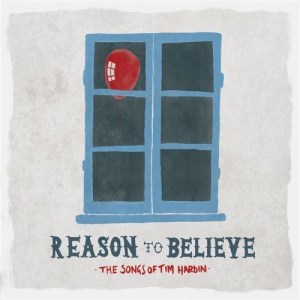 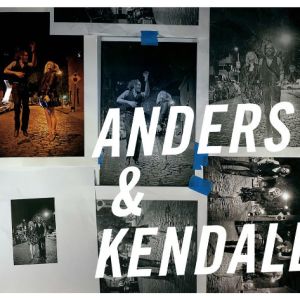