“The coaches are floored,” said Carson Daly as all stood at attention at the end of Victor Solomon’s explosive rendition of Beyoncé and Kendrick Lamar’s 2016 single “Freedom.” Donned in black leather with a team of dancers, and evoking some Bobby Brown Don’t Be Cruel-era moves, the 22-year-old North Carolina student closed the night out during the first part of the live season finale of The Voice.

“That is the best performance I’ve witnessed on this stage,” said Solomon’s coach John Legend. “You’re singing, you’re rapping, you’re dancing, just complete mastery of all three. I’ve never seen anything like it on the The Voice stage.”

Clarkson was equally enthralled by Solomon. “That was freakin’ awesome,” she said. “Please tell me when your tour begins.”

Earlier in the evening, Solomon sang a more tender rendition of Bonnie Raitt’s “I Can’t Make You Love Me,” which he dedicated to his girlfriend.

“America, give him that V trophy,” said Legend of The Voice sculpted award featuring two fingers in “V” (for “Victory”) symbol. “It’s custom made for him.”

Down to the final five contestants, including Solomon, Team Blake’s Cam Anthony and Jordan Matthew Young, Team Kelly’s Kenzie Wheeler, and Rachel Mac of Team Nick, each contestant performed two songs throughout the two-hour episode, which featured a special performance by Blake Shelton, who shared his new single “Minimum Wage.”

“You are ready for this stage,” said Legend to the 19-year-old Philly native, praising his level of professionalism and performance ability. “You’re ready for any stage you want to be on… All the things you need to be a superstar artist, you have all of it. That was a beautiful performance.”

Visibly moved, Shelton said he wanted to put all jokes aside and be serious for a moment. “To be here for 20 seasons, and in the 20th season, God put this young man in my life on The Voice,” said Shelton, “that may change everything for this show. I do believe that.”

The only female performer left on The Voice, 16-year-old Rachel Mac delivered a delicate rendition of Lee Ann Womack’s “I Hope You Dance” and Kenzie Wheeler paid homage to his hometown of Dover, Florida, reading an emotional pre-performance letter to the people of his hometown before singing George Strait’s “Heartland,” while Young took on Rihanna’s “Stay,” a song he dedicated to his late grandmothers, and inspiration, Betty an Joy.

Voting is officially open and will determine the Season 20 winner of The Voice, which will be revealed during the two-hour finale on May 25, featuring performances by former coaches Gwen Stefani, Adam Lambert (with Maroon 5), along with Justin Bieber, Kelsea Ballerini, Ben Platt, Snoop Dogg, Thomas Rhett, and more. 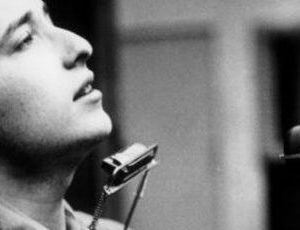 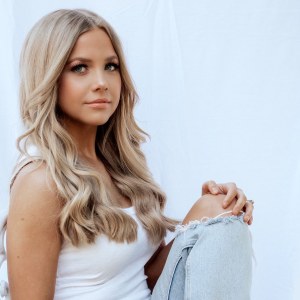