As we all know, it can be hard to box in or pin down any musician. So, we won’t attempt to do that. What we will do, though, is celebrate the pioneering artists that helped to define an era. Singers, songwriters, and musicians all have the unique ability to soundtrack moments in life and then become associated with those very phases of life. It’s why we return to our favorite holiday songs each winter or our favorite punk songs when we’re feeling particularly angsty.

With that in mind, let’s take a moment to reminisce on some of the best solo acts of the 1970s. They all helped to shape the decade in one way or another, and we won’t soon forget them for it. So, read below for just seven of those artists, in no particular order, and all of whose legacy extended well past those 10 years.

Stevie Wonder was a child prodigy and signed with Motown’s Tamla label at just 11 years old. He just knew what it took to make something real. It wasn’t until the 1970s, however, that Wonder really hit his stride. In particular, the years between 1972 and 1976 have, by most critics, been dubbed Wonder’s “classic period.” In those five years, Wonder released five studio albums—Music of My Mind, Talking Book, Innervisions, Fulfillingness’ First Finale, Songs in the Key of Life—and three of the five won the Grammy Award for Album of the Year.

The Rocket Man was on fire in the ’70s. He released 12 albums in the decade, half of which were released between ’72 and ’75, including Goodbye Yellow Brick Road. John was also flamboyant, charming, and cool all the while. His legacy has grown since the ’70s, but those few years are where it all started to come together for the pianist with big dreams.

It’s difficult to overstate the impact that Joni Mitchell’s 1971 album, Blue, had on the music world. It was, and is, a lyrically brilliant collection of songs that inspired generations of artists after Mitchell. And that doesn’t even include the seven other records Mitchell released in the ’70s. (Anyone still playing Court and Spark on repeat? We are.)

David Bowie was a musical and cultural chameleon. He changed musical styles as often as some people changed their hair, and he most definitely changed his hair more than most. In the ’70s alone, he dove into glam rock, introduced Ziggy Stardust to the world, and released his sixth studio album Aladdin Sane. And Bowie never truly stopped pushing the boundaries of life and music until his death in 2016.

Diana Ross first found the spotlight as the lead singer for the vocal group The Supremes and later ventured out into her solo career in 1970. She released 10 studio albums in the decade, including a widely acclaimed and beloved duet album with Marvin Gaye. (The album was appropriately called Diana & Marvin.) Ross also kickstarted her acting career with the film Lady Sings the Blues (1972) in which Ross played Billie Holiday.

Despite being backed and supported by the Wailers, Bob Marley was a cultural force in the ’70s in his own right. Marley, known for his distinct voice and songwriting style, played a significant role in increasing the visibility of Jamaican music in the eyes of the world. Marley was also outspoken about his political beliefs.

Today, Carole King is widely known for her prolific songwriting and refined capabilities as a performer. But in the 1970s, the world at large was just getting to know King. More specifically, after her debut album Writer (which saw little commercial success), in 1971, King released Tapestry. The music world was never the same, and King soon became one of the most influential songwriters to date. 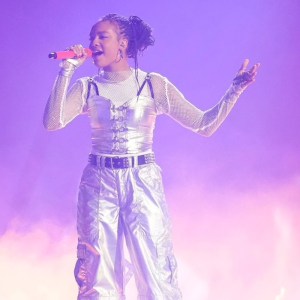