There’s a clear streak of resilience running through Kaylin Roberson’s story. Early in her life at the age of nine, the artist suffered a traumatic dog attack. She subsequently leaned into music to help her heal—both physically and mentally. “Through the recovery process, I found that music meant a lot more to me then I could’ve ever imagined,” Roberson tells American Songwriter.

She continued, “With damage done to my face, I wasn’t able to sing for a couple of weeks and I thought that gaining confidence to get back on stage again would be an impossible mountain to climb, but quite the opposite was true. It pushed me to challenge myself and made me eager to turn my childhood dream into reality. I started writing my own music at 14 and playing shows around my hometown of Raleigh, North Carolina.”

The up-and-coming singer/songwriter then began performing in school systems around the country as a way of inspiring others to fight their own tough battles. Roberson has since moved to Nashville to continue to develop her voice. “Once I started focusing on writing good songs and speaking my truth, I started finding the ground I needed to pursue a career in country music. I don’t want to be just be another voice, I want to be a voice that people listen to,” Roberson said.

Today, Roberson is proving that her voice isn’t one to be overlooked. Her latest single, “Big Fish” officially premieres today (June 11). The single harkens back to Roberson’s campaign against the bullying epidemic and pulls from her own childhood experiences. For the track, Roberson was specifically inspired by a nugget of wisdom that her mother used to tell her growing up.

“She would always tell me it’s easy to be a big fish in a little pond, as a way to keep me humble and grounded, and man was she right. I think a lot of artists and songwriters that come from small towns get hit with that truth when they move to Nashville and they realize how much great talent there is here. Me and my co-writers, Aaron Patrick and Kylie Hughes, had a lot of fun with the idea and said what everyone thinks to themselves when they encounter someone who thinks they’re better than everybody else,” Roberson explained.

In the writer’s room, the artists continued to see the benefits of writing from an unabashedly honest place. The trio refused to pull any punches. “My favorite part of ‘Big Fish’ is the bridge where it says, like a largemouth bass in a kiddie pool, yeah I bet you think you’re cool,” Roberson said. “I threw that line out as a joke to make my co-writers laugh, and they insisted on keeping it in there. It’s definitely the most left-of-center line I’ve probably ever kept in a song.”

While “Big Fish” certainly delivers a cheeky warning, Roberson’s voice rings with notes of harmonious acceptance. “To me, the song is more than just one girl telling another girl to get off her high horse,” Roberson clarified. “It’s about being humble and not tearing others down to build yourself up. Whether the listener needs to hear this song or someone they know needs to hear it, I hope people just feel good listening to it.”

Listen to “Big Fish” by Kaylin Roberson below. 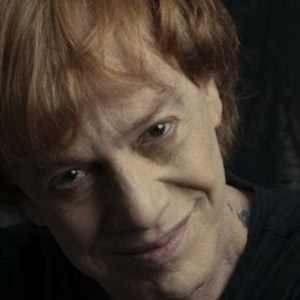 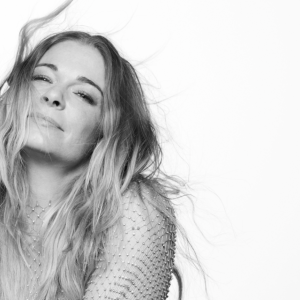