Dodging speeding cars swerving around her on a dark road, Billie Eilish walks the dotted line through “NDA,” the fifth song of her upcoming second album Happier Than Ever (Darkroom/Interscope), out July 30.

Filmed in one take, the video, directed by Eilish, features 25 stunt drivers and no green screen, stunt doubles, or visual effects were used during the shoot.

Following previous singles “Your Power,” “Lost Cause,” “Therefore I Am,” and “My Future,” released summer 2020, on “NDA,” co-written with her brother FINNEAS, who also produced Happier Than Ever, there are no non-disclosures in Eilish’s confessions.

Darting back and forth like the cars around her, Eilish’s mind races around fleeting love singing Had pretty boy over but he couldn’t stay / On his way out I made him sign an NDA through career reflections admitting I can barely go outside / I think I hate it here / Maybe I should think about a new career / Somewhere in Kaua’i where I can disappear.

Evading any real accident, “NDA” paces around the anxiety of Eilish’s lyrics, and more of her self revelations.

Eilish, whose 2021 Happier Than Ever tour is already sold out, also made her book debut with “BILLIE EILISH,” a visual narrative of her life, published by Grand Central Publishing

“This is my favorite thing I’ve ever created and I am so excited and nervous and eager for you to hear it,” said Eilish on Instagram, revealing the Happier Than Ever cover art. “I can’t even tell you. I’ve never felt so much love for a project than I do for this one… hope you feel what I feel.” 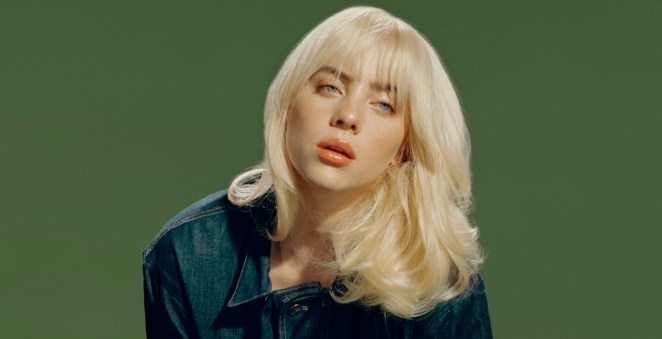