Billie Eilish is one of the youngest, wealthiest musicians in the world right now. And she never fails to be in the spotlight, either. Most recently, she released two singles on July 21 that fans are raving over. She’s also been nominated for many categories at the 2022 MTV Video Music Awards, including Song of the Year, became a 007 star, and dropped a documentary at just 19 years old. Now, at 20, there is no doubt that the Gen-Z musician is pulling in more money than people twice her age. Here’s a look at Eilish’s growing career.

According to celebritynetworth.com, Eilish’s net worth is $30 million. The pop star is one of the highest-paid musicians globally, taking in about $50 million between June 2019 and June 2020.

She was reportedly paid $25 million for her Apple Documentary, Billie Eilish: The World’s a Little Blurry. Beyond Apple, Eilish has been in advertisements for Adobe Creative Cloud and for Calvin Klein. She is also featured in Forbes 30 Under 30 in November. Further, Eilish broke Spotify’s record for the youngest artist to have 1 billion streams. Talk about being happier than ever! (Eilish’s second studio album)

Although Eilish and her brother Finneas were homeschooled, they grew up with a music background through their parents. Her mother, Maggie Baird, is an actress and theater teacher, while her father, Patrick O’Connell, is an actor. Her parents helped her to explore the creative arts, and by 11, Eilish wrote her first song. By 13, she was collaborating with her brother, Finneas (he produced her music), and uploaded songs onto SoundCloud. The app launched her successful career, starting with her famed “Ocean Eyes.”

Giving Us Her Ocean Eyes

In 2015, at just 14, Eilish dropped her song, “Ocean Eyes,” produced by her older brother, on SoundCloud. The track was such a hit that she landed a deal with Apple Music a year later. The pop singer dropped her second single “Six Feet Under” on SoundCloud in 2016, which led to the sibling duo signing a deal with Interscope Records, where she eventually dropped her first EP, don’t smile at me, and began her first tour in 2017. From the beginning, we really were falling into her ocean eyes. 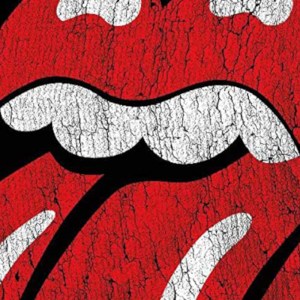