Biz Markie, the esteemed “Just A Friend” rapper, passed away last Friday (July 16th) at the age of 57. After a collective moment of shock and silence for the beloved artist, the music industry responded with an outpouring of love for Markie.

Musical Renaissance man and the Roots frontman, Questlove, posted a tribute to Markie on Instagram. “Biz built me man,” Questlove wrote. “In my early early stages it was Biz who taught me the REAL places to cop records…. This cat was one in a million.”

The Beastie Boys also posted a tribute for the Clown Prince of Hip-Hop. “We are so grateful to have had so many unforgettable experiences with the truly unique and ridiculously talented Biz Markie,” the band stated on Facebook. “No one else could beatbox, making beats and groves and sounds the way he did, when he came out. He didn’t play by the rules or observe any categories… He was all inclusive the way hip-hop can be at its best moments.”

Markie’s musical breakthrough came with his sophomore album, The Biz Never Sleeps, in 1989 which included his biggest hit “Just A Friend.” Markie also released five studio albums in addition to making a cameo in the movie Men in Black II and on the TV show Yo Gabba Gabba where he showed kids how to beatbox.

On the day of his passing, Markie’s manager Jenni Izumi confirmed the tragedy and stated, “Biz created a legacy of artistry that will forever be celebrated by his industry peers and his beloved fans whose lives he was able to touch through music, spanning over 35 years.” The official cause of Markie’s death has not been announced, but the rapper had been previously hospitalized due to Type 2 diabetes complications.

In addition to Questlove and The Beastie Boys, countless other artists have paid their respects to the legendary rapper. Read below for tributes from stars like LL Cool J, Missy Elliott, and more. 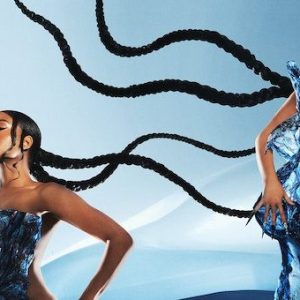