How jug band jamming with Jerry became the Grateful Dead

At first, it wasn’t about rock & roll and marathon acid jams. It was all about jug band music, the songs of black musicians who came from vaudeville and medicine shows to make night music all day long. These were acoustic ensembles of self-taught players on home-made instruments — one jug, glass or ceramic (into which one would blow with buzzed lips like playing a didgeridoo), Jew’s harp, washboard, spoons, bones, washtub bass, and comb & tissue paper.

It was in 1963 that a siren song on a banjo played by a kid named Garcia drew him through Palo Alto alleyways like a moth towards his musical flame. This was the world before The Beatles. It wasn’t rock & roll time yet, but a time still of passionate, raw, real-time music. They called it Folk. The music of the people.

If not for folk music, there would be no Grateful Dead. Even before 1963, Bob Weir was all about folk. At 13, entirely in the sway of the Kingston Trio, the Limelighters and Peter, Paul & Mary, he picked up a guitar and never put it down. Ancient musical tales of darkness and mayhem thrilled him, with details as rich as epic poetry, emboldened by tunes both timeless and heartfelt. Like other folkies, for him it was all about discovering old songs; the thought of writing new ones had yet to occur.

“You know,” he says with a laugh, “it hadn’t come to my awareness yet that people actually were writing these songs. I’m not sure where I thought they came from.”

It was New Year’s Eve, 1963, when Weir was drawn to the siren call of that solo banjo. Turns out it emanated from the fingers of Jerry Garcia as he waited for one of his students to arrive at Dana Morgan’s Music Store. The two musicians instantly bonded over their obsession with jug band music and spent that entire night jamming, a musical dialogue ultimately sustained over some 30 years, until Jerry’s death in 1995. They were a jug-band first, called Mother McCree’s Uptown Jug Champions; that morphed into The Warlocks and eventually, having gone electric, they became one of America’s most iconic and beloved bands: The Grateful Dead.

It was an evolution entirely triggered by The Beatles, who similarly morphed from skiffle to rock and roll. “What [The Beatles] were doing,” Weir said, “was impossibly attractive. I couldn’t think of anything else more worth doing.”

Today, although Garcia is physically gone, his generous and soulful musical spirit lives on in every show Weir performs, whether it’s with a new amalgam of the Dead or with one of his own groups. Dead shows already were religious and devotional, a dynamic that has only deepened since the death of Garcia. His songs, his guitars, his records, his band, all exist now almost as holy sacraments of a spirit unlike any other. Add to this sanctity the fact that the formerly boyish Bobby is now sporting the grizzled Garcia beard and taking on his mantle of elder rock statesman and you get the full surrealism of this evolving picture.

Weir called from his Northern California home, where, over a cup of tea, he spoke about his adventures in songwriting. As any Deadhead knows, Weir and Garcia rarely wrote songs together; apart from the very start of the Dead, when they would co-write, or when the band’s arrangements of a Garcia tune warranted full songwriting credit, they worked on their own songs. Jerry usually worked with the lyricist Robert Hunter, while Bobby worked mostly with John Barlow. It’s there, when Bobby first discovered songwriting, that our discussion began.

BOB WEIR: I was 18 when I first started writing. My very first one was sort of a rewrite of an old jug band standard. I made it blues. I called it “Nickelwood Blues.”

That’s a good way to start, using old songs to make new ones.

True. It’s like training wheels, I guess. It took me a while to get into songwriting gear. The next one I wrote when I was 19 or 20. I started to get into writing with the other guys. I was writing in tandem with Jerry and Phil particularly. And Pigpen would chip in as well.

What were the first songs you wrote with Jerry?

“I Can’t Come Down” was one of them. Stuff I don’t think ever made it on record. They were our first attempts at songwriting.

Since you and Jerry were in the band together, why did you decide to write separately?

When Jerry was writing, he would do what he was gonna do. And then maybe he would bring it to the band and we would arrange it, more or less. So it was kind of a co-writing situation in that regard. And there was a lot of stuff we all co-wrote. Like “Thanksgiving,” we all co-wrote that. About half of the tunes in the earlier years were stuff we all worked up together. We would work on them wherever we were rehearsing.

Would you work on these with the whole band playing, or while sitting around with acoustic guitars?

The whole band playing together. Back then we’d pretty much rehearse daily. A lot of that was just jamming. And from that came a lot of music that we turned into songs. Then we’d apply lyrics to them best we could. Until [Robert] Hunter came along. Hunter changed that dynamic because he was just better at it than we were. And then [John] Barlow came along after that.

Is that the way the songwriting process continued, that you would come up with music first and then Hunter or Barlow would write the words?

It happened both ways. Sometimes music first, sometimes words first. And then there’s the third way, which is actually best, where they both happen at the same time. But that was rare.

Could that happen — both at once — while working with one of the lyricists?

I think that happened a time or two with Robert Hunter, but I can’t think of which tunes in particular. It might have been when we did “Truckin’.” “Truckin’” was one we worked together.

If my memory serves me correctly, and it may not here, I think he was with us when we were working that one up. We were in Florida at a festival down there, and we had a day off, or a day when we weren’t scheduled to play until later in the day. So we just sat around the pool — with acoustic guitars in this case — and came up with that one.

Where did that title come from?

I think Hunter had a fragment of a verse or a chorus for that and it was his. And we knew what we were going after, kind of, in that particular case.

That song, like many of your classics, has a strong lyric as well as a great tune. What makes a melody durable?

It also has to do with how you work the chords against it. For instance, you can create a lot of tension by incorporating leading tones but not letting them go where they want to take the harmonic structure of a song until it finally has to happen.

It is all about that dynamic of tension and release.

Yes. All art is tension, and release. Light and dark. It’s just a matter of how you play with it.

That song, like so many, was written for both you and Jerry to sing together. Did that color how the songs were written, the dual vocals?

Yes. Early on, Jerry and I worked up a lot of Everly Brothers tunes. And tunes of that nature, you know, country tunes. We patterned ourselves after the Everly Brothers [laughs]. Their style was fading then but they were hugely influential on us. Jerry and I had a similar range. Either one of us could catch the high part and the other guy could catch the melody. So we would create a back-and-forth in that regard, so each of us had ample time to sing the melody, and also take a break and sing the bird-call.

The bird-call. The high part [laughs].

When you would write a song with Hunter, would you give him guidance as to what the song is about?

Were songs always coming for you, or were there better times for writing than others?

With any kind of writing, you get hot and you get cold. Famous situation. There are times when you’re just too damn busy, on the road for instance, too damn busy to write.

Yet the Dead was on the road a lot. Do you mean you never wrote while you were on the road?

A lot of time we would jam in-between songs on stage, and those jams sometimes became songs. We taped everything, and oftentimes listened to it back at night. We’d mark tunes that we wanted to get around to, or we would think about making it a song when we listened back to the tapes. And that would be a place where a song might want to live, so we would go with that.

Can you remember how “Sugar Magnolia” was born?

Yes. We’d just gotten back from touring with Delaney & Bonnie. I was sort of smitten with Delaney Bramlett’s rhythm guitar playing. His style incorporated Cajun fiddle, using double-stop and triple stop slurs into a note. So I worked up this little guitar part, the one you hear on the opening of the song. The rest of the song tumbled out. Hunter and I traded verses. He would write a verse and I would write a verse.

I thought he wrote all the words.

No [laughs]. I’m laughing chagrined, because I’m not entirely sure he liked where I took it. I had a girlfriend who was inspiring me at the time, and I took that and used it. When I did that, I just knew that I would be able to feel it to the end of time. If I took it where Hunter wanted me to take it, I knew it probably might have started to wither after a while. And for the song, I think I was right, despite Hunter’s consternation, because I still love to sing it.

Because you injected it with personal truth, you connected with it more strongly?

So instilling personal truth into a song gives it more resonance? 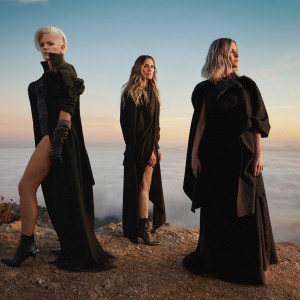 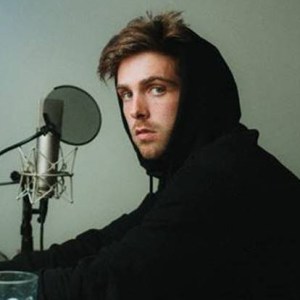