On this episode of People Have The Power, Grammy-winning group The Chicks share an epic playlist of nine protest songs. Their top picks create a roster with artists ranging from U2, M.I.A. and H.E.R. to Sting and Nina Simone. Each member of the trio then tells podcast host Steve Baltin how their selections uniquely influenced and shaped their personal and professional lives.

An exclusive preview of this conversation reveals one-third of this playlist.

Kicking off the discussion is lead vocalist Natalie Maines. She explains that being a fan of protest music throughout her life has instilled in her the instinct to speak out. “Songs I was a huge fan of and was really drawn to, especially as a teenager and then beyond, were songs with a point of view, and a lot of [the] time, some defiance. Or a lot of times just peace and love. I considered myself Lubbock’s very own hippie (laughs). Definitely I think that’s one way speaking out and having a point of view got in my core…. I really do feel like just being a fan of so many protest artists growing up, I think it was just instilled in me [to speak out].”

Maines then specifically named Nina Simone’s “Backlash Blues” as the type of song with this defiant point of view. And when it comes to speaking out, there is no greater role model than the iconic storyteller and activist Nina Simone.

Following Maines, Martie Maguire pivots slightly to explain her pick for U2’s Sunday Bloody Sunday. “I’m a big U2 fan, it’s one of my first concerts. So ‘Sunday Bloody Sunday’ is on my list about the troubles in Ireland, Northern Ireland. And we all have very close family who still live in Ireland. So we’ve heard firsthand accounts of people growing up even in the ’80s and still the troubles were a big threat and a big fear.”

“And [when a] Northern Catholic Irish [is] trying to drive down to the south [it’s] ‘What’s your name?’ ‘McGuire.’ ‘Everybody out of the car.’ Everybody is searched, and if your name is Smith you can go on through. So that song really made an impact on me as a teenager just learning about what had happened that day in the massacre.”

This protest song speaks to Maguire and every listener of the song. Just like Bono, we can’t really believe the news today either.

And our last exclusive preview for you, before you listen to this episode, is Emily Robison on her choice for M.I.A.’s “Bad Girls.” M.I.A., a rapper and activist from London, is Mathangi ‘Maya’ Arulpragasam’s stage name. Robison dives into M.I.A.’s protest work, especially on the topic of women and women abroad.

“Total badass chick [M.I.A.] fighting for female empowerment. And it’s different when you’re in the States and you’re doing it than when you’re driving around Saudi Arabia when you’re not allowed to drive in the desert. She recorded that in 2012 and women couldn’t drive until 2018, so it was a huge statement. I love her beats, I love her poetry. I think she’s just awesome.”

Listen to People Have The Power‘s latest episode for the remaining six songs on The Chicks’ list of favorite protest songs. The beloved and spunky group also talks with Steve Baltin about their critically acclaimed new album, Gaslighter, and “the controversy” surrounding the process of making it.

People Have The Power is a new podcast, hosted by acclaimed journalist Steve Baltin, where today’s artists make their choices for the greatest songs of social justice and change of all time. Each week a guest artist will make their choice for the songs that most inspire them and discuss those choices, going into detail on the first time they heard the song, how it inspires their music and more. During this time of so much upheaval music continues to play a great role in comfort and education.

Listen to The Chicks’ latest album below and tune into People Have The Power for more conversations about current events and the music industry. 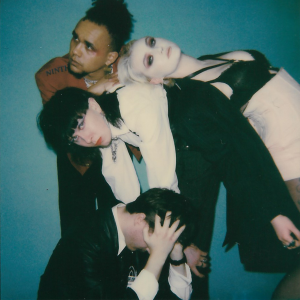 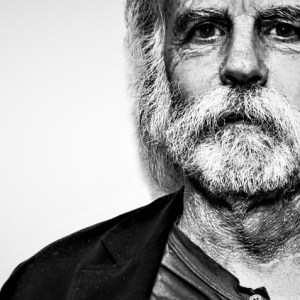