It’s Saturday morning and I’m caked in mud and sweat. I’m exhausted and my feet hurt and my computer is broken so I’m writing this article on my iPhone. But I had a great time yesterday! Here are some of Friday’s Bonnaroo highlights.

Topping yourself has always been a problem for Dawes at Bonnaroo because they’ve always given it their all.

In 2010 the band crammed more fans into the tiny “New Music On Tap Lounge” than any other act and proved then and there they should be playing on a real stage.

They got that chance in 2012 where they put on one of the best and most well-attended shows of the weekend, cementing their spot as festival favorites.

This year Bonnaroo skipped the foreplay and just put them on the massive What Stage, where they belong.

They’ve recently expanded into a five piece, joined by Duane Betts, son of Allman Bros guitarist Dickey Betts. This allows singer/guitaristTaylor Goldsmith a bit more freedom as well as another layer with which to engage during his fiery solos. Plus, as you might expect, Betts is no slouch on the guitar himself.

The band played songs from all four of their records, further highlighting how much they’ve grown and matured as a group. But as usual, the highlight came during crowd favorite “When My Time Comes,” where Goldsmith stepped back from the mic and let the packed What Stage crowd sing the chorus for him, a staple of the band’s set since their early days. And every year the audience gets bigger and the chants get louder, with no glass ceiling in sight.

Against Me! might not be the first band that pops into your mind when you think of Bonnaroo, but this was their third time rocking the farm and it felt quintessential.

The band’s snarling, classic rock-influenced brand of punk has always had reach beyond a genre, but it was more than that. The band seem more comfortable on stage now than ever, and just as energetic.

The treble punch of bassist Inge Johansson’s Rickenbacker shook the tent as he galloped around the stage and singer Laura Jane Grace. Meanwhile Grace, armed with her own Rickenbacker, lead the crowd through sweaty sing-alongs and playful moshing.

Against Me! have always had a strong live show, and they’ve managed to top themselves year after year, which is what Bonnaroo is all about for returning bands. It’s a safe bet they will be back on the farm again sometime.

Hours before their set I ran into Guster singer Ryan Miller backstage at a press conference. Inevitably somebody brought up the band’s (arguably more lucrative) career in the ’90s (as they usually do when discussing Guster) and Miller couldn’t help but redirect people to the future.

True Guster fans know that the band has changed a lot since the days of “Lost and Gone Forever.” For starters, they’ve been a four piece since 2003’s “Keep It Together,” and recently expanded into a five piece, which has made for a welcome shift.

Plus, all the other things that make Guster a great live band are still there: unexpected improvisations, a deep and impressive catalogue, and plenty of hilarious banter to take the edge off.

“They said they’re gonna book us every eleven years,” Miller joked. “See you guys in 2026!”

Guster did play plenty of songs from their ’90s catalog, as well as tunes off their new album, which sound more organic when performed live. But I won’t sit here and tell you the highlight of their performance wasn’t their cover of “Come on Eileen,” because it was.

Guitarist Adam Gardner is no stranger to playing trumpet at Guster’s live show and drummer Brian Rosenworcel even did some call and response with a trombone he pulled out of his ass from behind his hand drum kit. And the best part? It was a really young audience, most of which were probably still watching Blue’s Clues when “Lost and Gone Forever” hit shelves in 1999.

Near the end of the set, Miller broke the comedic banter and offered a heartfelt thanks to the audience for helping keep Guster a relevant band for 25+ years.

This isn’t the first time I’ve typed this sentence: Is there anything Ben Folds can’t do?

When he’s not fronting his ’90s piano punk outfit Ben Folds Five, or composing his own concerto, or working with orchestras across the globe, or working and touring behind his solo material (sometimes without a band at all), or collaborating with famous authors, Ben Folds has plenty of other things to keep his interest.

Like yMusic, an NYC group that joined with Folds for his forthcoming album, So There. Unlike some of Folds’ other bands, there are no rock instruments in yMusic, making for what Folds refers to as “chamber pop.”

Folds has cultivated a fan base that is accepting of the songwriter’s varied interested and musical outlets, and he’s done that by committing to making each project as worthy of his time as the last.

Folds played an hour of mostly downtempo songs, half of which were brand new to the audience, and he not only kept their attention, he managed to draw more people in.

The band for their part sounded absolutely ethereal, winding in an out of Folds songs with delicacy and aplomb.

Folds closed out the set with “Not The Same,” injecting John C. Reilly’s Steve Brule character into the lyrics after spotting a sign in the crowd, and conducting the crowd like a choir. It was a typical Folds ending. 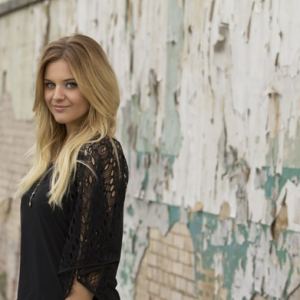 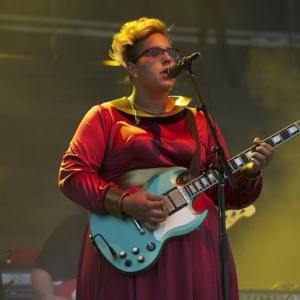