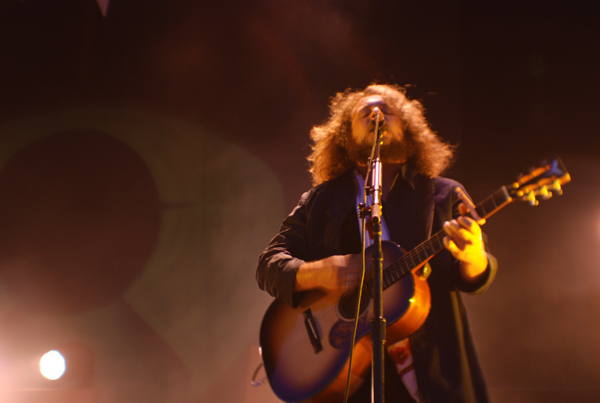 “Embrace the gross.” That’s been my Bonnaroo mantra since 2005, and it’s served me well. Why shell out $7 for a shower when you know you’re going to be swimming in sweat within 10 minutes of getting clean? Why bother to shampoo your hair when there’s this must dust flying around? Just accept the fact that being gross is integral to the Bonnaroo experience, and you’ll forget how bad everyone around you smells.

That being said, Friday was brutal. It’s one thing to spend a humid summer day shuttling yourself between air-conditioned homes and offices. It’s another thing to walk around all day in the 95-degree heat.

“Ya’ll must be crazier than hell to come out here,” Justin Townes Earle said during the early afternoon, looking out into the crowd of soaked, sunburned festival attendees who’d shown up for his set. Dressed up in oversized glasses and a Depression-era suit, Earle looked like a time-traveler from the heyday of old-timey music. His music was slightly more up to date, though, mixing country, folk, and blues with frank lyrics about substance abuse (“Slippin’ and Sliding’”) and city life (“One More Night in Brooklyn,” slowed down to a twangy country crawl for the Bonnaroo crowd).

Up next was Abigail Washburn, a clawhammer banjo player whose lush, pop-influenced bluegrass is more Alison Krauss than Bill Monroe. Bandmate Kai Welch’s mic wasn’t nearly loud enough – which is a shame, since the guy’s a solid singer in his own right – but the set was solid, taking most of its material from “City of Refuge” while occasionally dipping into Washburn’s work with the Sparrow Quartet.

My wife has developed a “Fatal Attraction”-style crush on Ray LaMontagne, so we caught a few Atmosphere songs before weaseling our way into the front row for LaMontagne’s 90-minute set. The sun sent a few last UV rays our way before dipping behind the clouds, and LaMontagne kept things graceful and beautiful until the final clump of songs, when he set down his guitar and let loose with some honking harmonica solos. LaMontagne has played at Bonnaroo before, but he’s never sounded as good as he does with backing band the Pariah Dogs, a group of simpatico players who color his songs with the same sepia-toned brush strokes that the Cardinals brought to Ryan Adams.

A short 15 minutes later, My Morning Jacket officially kicked off the evening by walking onto the What Stage, perhaps the biggest venue in all of southern Tennessee. It’s difficult to describe the layout of the monstrous What Stage, but it looks like an airplane hanger for giants, with miles of metal scaffolding and monstrous Jumbotrons flanking the musicians. My Morning Jacket filled that space with two hours of guitar-heavy rock, described by my brother as “Def Leppard gone jam band.” That’s a pretty apt summary, actually… although Jim James has aged better than Joe Elliot.

During the hour that elapsed between My Morning Jacket and Arcade Fire, we managed to work our way to the front of the stage. What followed was an hour and a half of eardrum-eliminating indie rock, most of which was taken from The Suburbs and Funeral. Arcade Fire sounded epic and somewhat patriotic, as though they were playing a series of National Anthems for the 80,000 citizens that populate Bonnaroo City. They also got drenched onstage. Way to embrace the gross, guys! 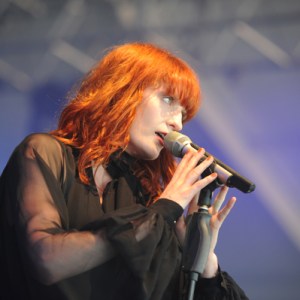 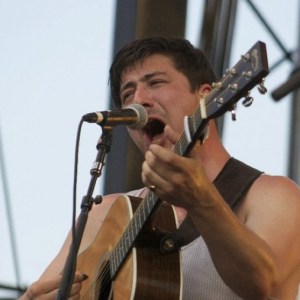