Since forming in 2007, Braids have gone on to establish themselves as one of the foremost art rock bands in Canada. That reputation will likely continue with their latest album, Shadow Offering, which is set for a June 19 release on Secret City Records.

After meeting through a chance encounter, the band brought on Chris Walla (of Death Cab for Cutie) to produce the album, which they created in their recording studio in a warehouse in Montreal, where they are now based (the band originally formed in Alberta, after the members met in high school). These recording sessions marked a change in working style for the band, who have previously chosen a more insular method. With Walla’s input, Shadow Offering includes elements of indie rock mixed in with their more experimental music.

Their new single from the album, “Snow Angel,” is premiering on March 26. It has a beautiful dissonance to it, with a hypnotic and rather off-kilter guitar riff looping around lyrics that exude angst and anxiety in an examination of inner and outward turmoil.

“‘Snow Angel’ was written in the immediate wake of the 2016 U.S. election, as our collective conscience took a sharp inhale,” says the band in a written statement. “It’s a diary entry of sorts – a snapshot of the mind grappling with our era’s endless barrage of content and destruction, continents away and close to home. *This* moment, with our world in the midst of a pandemic, is admittedly a new context. But I can’t help but sense the song speaks to feelings many of us are experiencing – uncertainty, angst and a desperate desire to make sense of it all.”

Singer Raphaelle Standell-Preston elaborates: “For me, it was deeply therapeutic to write and sing this song; saying things out loud can help us to not feel so alone, can help validate our natural fears about the future of our world, and can bring to light some of the hard questions that many of us are asking ourselves. I believe that art can change our relationship to fear. We hope this song can offer you a moment of catharsis and relief, in the same way writing and performing it has for us.”

Standell-Preston, along with her bandmates Austin Tufts and Taylor Smith, took their time to carefully craft Shadow Offerings, which was created over the course of three years. It is their fourth full-length studio album, after Native Speaker (2011) – which was shortlisted for the prestigious Polaris Music Prize that year; Flourish // Perish (2013); and Deep in the Iris (2015). The band have also released five EPs, as well as three split singles (with Blue Hawaii, Hey Rosetta!, and Purity Ring, respectively). 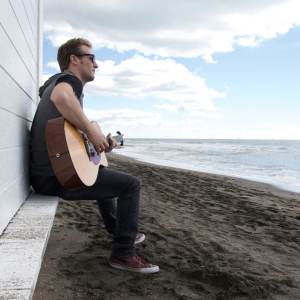 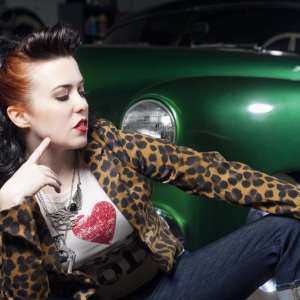