After a drawn-out battle over her conservatorship, Britney Spears finally had the opportunity to address the courtroom during a hearing on Wednesday (June 23). In a 23-minute-statement she shared over the phone, the global pop icon pleaded with the presiding California Superior Court Judge Brenda J. Penny to end her conservatorship.

“I’ve lied and told the whole world I’m OK and I’m happy. It’s a lie,” Spears stated in her testimony, transcribed by Variety. “I’ve been in denial. I’ve been in shock. I am traumatized. I’m not happy. I can’t sleep. I’m so angry it’s insane. And I’m depressed. I cry every day.”

The legal guardianship was established following several instances of erratic behavior when she was 26 years old that resulted in hospitalization. Spears’ father, Jamie, has controlled his daughter’s financial affairs since it was put in place in 2008, alongside co-conservator, Andrew Wallet, until his voluntary resignation in 2019. Wallet was replaced by a financial group, Bessemer Trust, which was appointed co-conservator by Judge Penny in November 2020.

When Penny refused to remove Jaime from his role at the hearing in November, Spears’ attorney, Samuel D. Ingham III, responded to provide more clarity on her stance.

“My client has informed me that she is afraid of her father,” Ingham reportedly told the judge, according to The Associated Press. “She will not perform again if her father is in charge of her career.”

In the courtroom Wednesday, the 39-year-old expressed that she deserved the freedom to make decisions about her family. Spears, who is currently dating Sam Asghari, shared her desire to get married and have another child, and the restrictive measures put in place to prevent her from doing so. Spears explained that those in charge of her conservatorship refuse to remove her current form of birth control —an intrauterine device, or IUD.

“I deserve to have a life. I’ve worked my whole life,” she stated. “And I’m tired of feeling alone. I deserve to have the same rights as anybody does, by having a child, a family, any of those things.”

This was the first time the artist had the opportunity to speak directly to the court since May 2019 in a sealed courtroom. In her statement, she suggested the closed hearing was not an adequate platform to voice her concerns.

“I will be honest with you, I haven’t been back to court in a long time because I don’t think I was heard on any level,” she said. “It made me feel like I was dead, like I didn’t matter, like nothing had been done to me, like you thought I was lying or something. I’m telling you again because I’m not lying. I want to be heard and I’m telling you this again so maybe you can understand the depth and the degree and the damage that they did to me back then.”

Finally granted the opportunity to share her experience and opinion, Spears did not hold back. Spears continued to detail being forced to take medication and attend treatment programs. She stated that her therapist discontinued her “normal medications,” and prescribed her lithium which made her feel “drunk.”

Spears claimed one of those programs she was enrolled in against her will cost her $60,000 a month. It required her to forfeit her credit cards, cash, phone, and passport. She went on to explain that she was given “no privacy” as she was observed at all times, even while undressing to change clothes.

Outside of treatment programs, Spears shared that she gave eight vials of blood per week, wasn’t able to see her kids or her boyfriend, and was forced to work for 10 hours a day, seven days a week.

“My dad and anyone involved in this conservatorship—and my management, who played a huge role in punishing me when I said no. … Ma’am, they should be in jail,” she said, addressing Penny, adding that the people who did this to her “should not be able to walk away so easily.”

Former boyfriend and fellow pop icon, Justin Timberlake, took to social media in response to Wednesday’s testimony in support of Spears. His outrage for her situation is among an overwhelming series of responses within the #FreeBritney conversations. Other artists like Halsey and Mariah Carey extended kind words on Twitter.

“It’s embarrassing and demoralizing what I’ve been through—and that’s the main reason I’ve never said it openly,” she said. “I didn’t want to say it openly because I honestly didn’t think anyone would believe me.”

Spears’ requests from her statement are clear. Primarily, she called for her “abusive” conservatorship to end “without having to be evaluated.” Additionally, the artist said she “would honestly like to sue my family” and to “be able to share my story with the world.”

By sharing the gruesome details of her horrific narrative, Spears hopes those who have questioned her current situation believe what she knows and feels is unnecessarily harmful to her well-being.

“I’m not lying,” Spears clarified. “I just want my life back. And it’s been 13 years. And it’s enough. It’s been a long time since I’ve owned my money. And it’s my wish and my dream for all of this to end without being tested.” 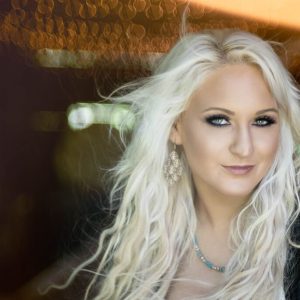 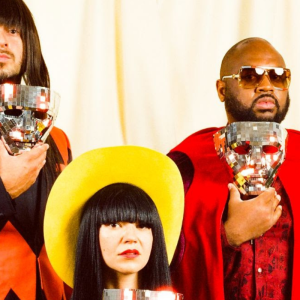