The conservatorship that held Britney Spears in a tight hold for nearly 14 years has ended, giving the artist freedom over her personal life, finances, and her career for the first time since 2008. Now that Spears, 39, is free from the longtime conservatorship led by her father Jamie Spears, the pop star is not heading back into the studio anytime soon.

In a recent post, Spears said she “staying clear” of the music industry for the foreseeable future.

“I’ll just be honest and say I’ve waited so long to be free from the situation I’m in,” said Spears in a lengthy Instagram post in October, with a photo of a Christmas tree. “And now that it’s here I’m scared to do anything because I’m afraid I’ll make a mistake.”

Though, the artist admitted that she feels conflicted because music is all she has known her entire life, which makes the decision to hold back on recording and performing confusing for her at this time.

“For so many years I was always told if I succeeded at things, it could end … and it never did,” she added. “I worked so hard but now that it’s here and getting closer and closer to ending I’m very happy but there’s a lot of things that scare me.”

Fear of performing is just one of Spears’ trepidations. Dealing with the paparazzi, who she referred to as “creepy,” is another. “I don’t like that they try to scare me and jump out like they do,” said Spears in her post. “It’s like they want me to do something crazy.”

Spears, who released her ninth album Glory in 2016, revealed that she is going to be wary about her actions moving ahead, and added that she sometimes wishes she lived in another country. “I’m fearful of doing something wrong, so I won’t be posting as much in a world where it’s our liberty to be free,” added Spears, who is still getting used to her freer life, getting the keys to her car for the first time in 13 years, four months ago.

Regardless of Spears’ current fears, the entire conservatorship revealed the artist’s deeply devoted fan base. Gathered outside the courthouse, fans erupted in cheers and chants of “Britney! Britney! Britney!” and sang Spears’ 2000 hit “Stronger,” after Judge Brenda Penny read the ruling, “As of today, the conservatorship of the person and estate of Britney Jean Spears is hereby terminated.”

Spears took to Twitter soon after to respond to the support of her fans. “Good God I love my fans so much it’s crazy,” she said. “I think I’m gonna cry the rest of the day. Best day ever … praise the Lord … can I get an Amen???”

To celebrate her freedom, Spears said she is celebrating the holidays early this year, posting her Christmas tree back in October.

“I believe any reason to find more joy in life is a good idea,” said Spears. “It’s no secret that I’ve been through it in the past … so I might have to do things a little differently from now on.” 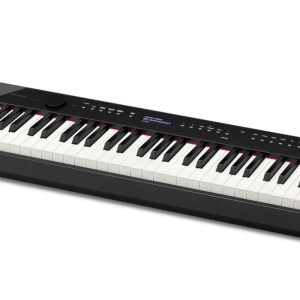