The men who rule the world have made a fucking mess sings Shirley Manson, demurring misogyny and sexism, systemic racism, religious ideals, the detrimental effects of a capitalistic world, environmental concerns—all the things mulling in her head over the past two decades. “The Men Who Rule the World” sets the scene for Garbage’s seventh studio album No Gods No Masters (Stunvolume/Infectious Music).

Produced by longtime collaborator Billy Bush, No Gods No Masters was a different inception for Garbage. For the first time in the band’s 25-year career, there were no formulated ideas when the band—Manson, along with Duke Erikson, Steve Marker and Butch Vig—holed up in a Palm Springs house with the intent to jam, then wrote more than a dozen songs within a two-week period.

No Gods No Masters covers the seven virtues, seven sorrows and seven deadly sins, and Manson insists she’s the thread through it all.

“Whenever you’re the person presenter of ideas, which is what a lead singer essentially is, you by default become the glue that holds everything together,” says Manson. “In terms of lyrics, I had a burning need to articulate some of the things that I’d been talking about in my private life, and I felt it would be disingenuous not to put that onto the record.”

During the writing sessions, Manson wanted to tackle racism, capitalism, women’s roles and rights. “It all sort of came to a head,” she says, “so this is the record we’re stuck with.”

A disillusionment with organized religion also plays a large role in this record from “Waiting for God” and the opening track, “The Men Who Rule the World,” the latter a biblical tale of Noah’s Ark in the future with the opening slot machine samples symbolizing capitalism.

“The biblical themes run all the way through, including the title of the record,” says Manson. “I’m just astounded to know that we call ourselves a faith-based society, and yet we are watching all this suffering and not doing anything about it. Sometimes people align themselves with God to try and absorb themselves, but it doesn’t work that way.”

Throughout, Manson insists you can hear the capitalistic implications and a “march of fascism.”

“I want more marginalized voices to be included in the problem solving, but we’re currently dealing with an old, white male patriarchy,” says Manson. “Their ideas are now redundant. The world has changed. We need new ideas… just going back and not coming up with any new ideas is not the answer.”

On “Godhead,” Manson sings If I had a dick, I would be treated differently, reinforcing an opposition to the male-dominated socio, political, and religious fields of view.

“The man is the center of organized religion, and I understand but I think it’s bizarre,” she says. “I’m frustrated with it. I love men. I’ve primarily worked with men my whole life. I love all types of people, perspectives and persuasive wisdom that we have, in our own little microcosms, but somehow we’re stuck in these ancient, old practices and modes of thinking that have been in place, literally for centuries.”

These ideas and more hopeful ideals come through on a frenetic “The Creeps,” and sinister “A Woman Destroyed” before closing on the atmospheric jazz gloom of “This City Will Kill You,” a song Manson considers one of her most sophisticated pieces of writing.

“There’s no real structure to the song, and it deviates entirely from the verse-chorus structure, and as a result, I find myself surprised by it,” says Manson. “After 25 years of being in a band, being able to do that for yourself, is pretty wonderful. It speaks of growth, and of some learning along the way. I also love its atmosphere. It reminds me of ‘Blade Runner,’ which is one of myall-time favorite movies.”

Originally conceptualized as a love song to Los Angeles, sonically Manson wanted to capture the cinematic soundscapes of one of her all-time favorite bands, the Glasgow synth-pop duo Blue Nile.

“I wanted to try and evoke that kind of feeling, and the more we concentrated on the in the music, the darker the lyrics became,” says Manson. “It went from a love song to Los Angeles to an elegy about everything that gets left behind and sort of felt like the perfect ending to the record.”

Something new and nothing old was Manson’s raison d’être for No Gods. These days, she’s bored by predictable song structures. “I like the idea of being able to try to capture something that is unpredictable,” says Manson. “That to me is when you really hit on something special, when you can surprise the listener.”

On No Gods No Masters, Manson says Garbage is getting better at letting a song deconstruct, then building it up their own way. “I feel like it’s been a long time coming for all of us,” she says. “You want to always bloom and grow as you continue on as an artist, well into your 90s, if possible.”

Manson adds, “I do realize that you want to engage people, and you want to make them like something beautiful to sing to, or lift them up or indulge their heartbreak and their sadness, but I just was getting to the point where I just needed something different for me personally, to feel proud of what I was doing, to feel fulfilled, and intrigued.You have to be intrigued with what you’re doing. Otherwise, what’s the point?” 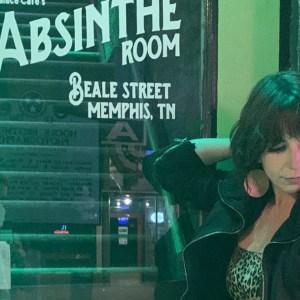 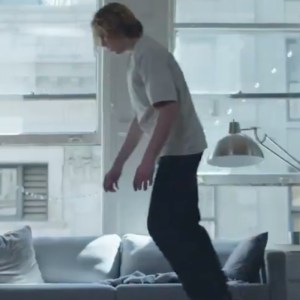