If you’re going to write a song about Norman Bates, you’d better make sure you know the storyline, and most importantly, include ‘shower sting’ sounds in your track. And that’s exactly what Psycho movie buff Haylee Joe did on the appropriately titled “Norman Bates,” the debut single from her 6-song, Halloween-themed EP set for release October 2.

The California singer playfully and willingly dances around the danger of a sure-to-be bad relationship with a bad person, artfully singing and dodging around the musical creepiness created by producer and collaborator Michael Arrom.

“Norman Bates has always been one of my favorite characters,” Haylee Joe tells American Songwriter. “I’ve seen the movie a ton and thought how fun it’d be to write a song about a psychotic relationship through the eyes of Norman Bates. I can’t imagine anything more tragic than being in a relationship with Norman himself and from there this whole story started to play out in my head. Once I had that thought I realized how relatable a song about him could be. Most everyone has been in a relationship where they know the person is bad or isn’t good for them. There’s something about that feeling that can be thrilling and dangerously exciting. Once I connected those dots I started writing.”

Haylee Joe’s affinity for the original psycho killer plays out in many ways. Perhaps it’s the fact that the original movie takes place on December 11, which happens to be the 22-year old performer’s birthday. But there’s also something she finds ‘endearing.’

“There’s an innocence about him that makes him very loveable in a strange way. He obviously has a lot of internal struggles in which he never received the help he needed, but Norman doesn’t realize how bad and harmful he is. I think he’s the most complex horror movie character because he isn’t all bad, he’s misunderstood by himself and everyone around him. I also have an even deeper appreciation for Norman after watching the spin off series “Bates Motel” which quickly became my all-time favorite show.”

Fittingly, Haylee Joe met her collaborator Michael Arrom on the internet, stalking his musical page and references on the collaborative SoundBetter platform. “I was so nervous to share my ideas and songs with him in fear that they wouldn’t be good enough or that the thought of making a horror movie inspired EP was weird. But to my surprise he got back to me right away and was excited to work on this project!”

“I wanted to open the song in a tongue and cheek kind of way. Acknowledging how you can be made to feel crazy in a relationship, but the problem isn’t you it’s the person you’re with.” Once Haylee had the opening lines, the song flowed into her voice memos quickly. “I wanted it to be upbeat and thrilling,” she said.

It wouldn’t be Psycho without paying homage to composer Bernard Herrmann’s unnerving score. The “shower stings” and rocking chair creaks were essential to Haylee. “It’s one of the most recognizable horror movie sounds so we had to have something in there that represented that bone chilling sound.”

Arrom worked his magic using the Arturia V Collection, Native Instruments Komplete, and Spectrasonics Omnisphere. “The creepy string sounds and creaking chairs were so important to the aesthetic of this song,” Arrom said. “The fun challenge was incorporating these familiar textures in ways that sounded timeless and authentic yet refreshing. 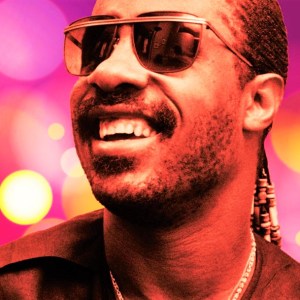 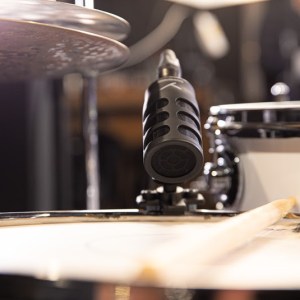