Coldplay has been a significant influence on the rock and pop scenes since their 2000 album release, Parachutes. Now, though, frontman Chris Martin has announced that the band might have reached a peak in their career as artists.

“I don’t think we’ll ever be able to match the BTS surprise,” Martin said in an interview with Audacy’s Jayn on Alice @ 97.3. “That was surprising even for us.”

Martin is, of course, referencing the astronomically successful “My Universe” single collaboration between Coldplay and South Korean boy band BTS. The song was recorded as a track on Coldplay’s ninth studio album Music of the Spheres and hit number one on the Billboard Hot 100.

“The journey from the first time [‘My Universe’] was mentioned—I was just like ‘how could that ever work?’ — to the song itself arriving and me thinking, ‘that could be for BTS’—to now it feeling like the most natural collaboration in the world,” Martin said. “It’s an amazing lesson for myself in keeping an open mind all the time, because you just never know what life or music is gonna throw you.”

Watch Coldplay and BTS perform “My Universe” live at the American Music Awards below.

Another highlight of the frontman’s interview with Audacy was the announcement that the band is currently working on more music. A lot more music. “We have three more albums, and they each have their own thing going on,” he said. “One of them is a musical we want to do as a movie.”

This news comes after Martin announced that Coldplay will not be making music after 2025. “Well, I know I can tell you: our last proper record will come out in 2025 and after that, I think we will only tour,” Martin told BBC. 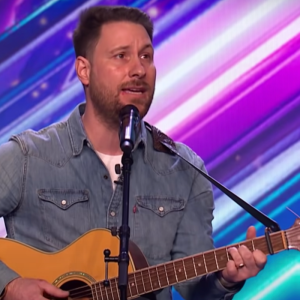