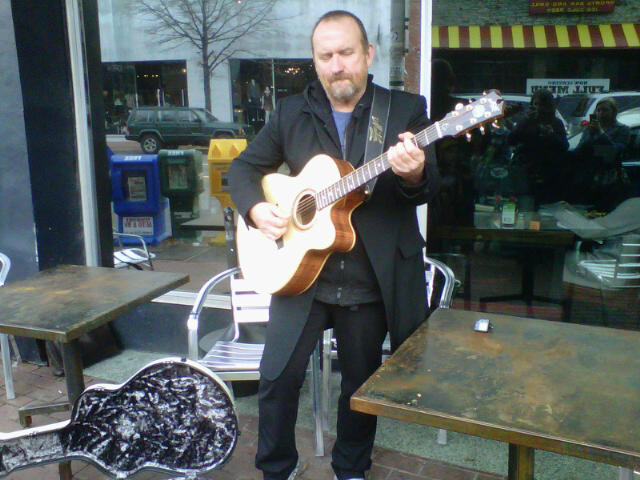 Nashvillians are generally unfazed when faced with a guy playing guitar on a sidewalk.

Despite the crowd gathered outside the front window of Fido, a coffee shop in a trendy part of town, a woman and her iPhone were having such an intense coffee date, she barely even glanced through the window to see that Colin Hay (of Men at Work fame) was busking on the other side of the glass.

“That’s a pretty flashy case for a busker,” Hay says of the plush guitar case sitting on the ground in front of him waiting to pick up a few bucks. He played a short set hitting familiar tunes like “Overkill” and “Waiting for My Real Life to Begin,” plus a few new songs from his upcoming album, Gathering Mercury, which is slated for the end of March.

“Gathering Mercury is quite difficult to do,” he says of the song title that lends its name to the album. “I like the term ‘gathering mercury’ just because there is always something elusive to everything.”

And “elusive,” if not “fleeting,” seems to be an idea that crops up frequently with Hay, and in a few different respects.

“Send Somebody,” the first track on the album and a song he performed on the sidewalk, draws on that vibe. It developed from an experience long time friend Michael Georgiades had with a woman on tech support one night when the two struck up a conversation.

“[They] realized how rarely that happens where you actually make a connection with someone that you don’t know,” Hay says. The premise remained that a man calls tech support after midnight and manages to get a live person on the line.

In the song, “he realizes that he really wasn’t calling to get technical support at all, what he was calling for was to tell someone that his life was falling apart,” Hay says.

The death of Hay’s father last year also contributed to the underlying theme of the elusiveness of life. It was a loss on a scale that he had not experienced before, and one that colored much of the album.

“It has to do with trying to understand things that are ultimately not really understandable,” Hay says of what he called the inevitability of everything. “I can intellectualize it, I can understand it on a level, but when it happens to you, it has a different dimension because it’s very real and you can feel it.”

Hay says that as a result, even if a song does not deal with the passing of his father, it still has “the context of that feeling in the air.”

After all, it was Hay’s father who first played him The Beatles as a kid. “My father was very much in the picture. Sometimes when you discover music, your parents are not in the picture at all,” he says, but it was that introduction that played a part in forming the concept behind two of the songs on the album.

Hay says he had been thinking about Sgt. Pepper’s Lonely Hearts Club Band, a much-loved album of his, and remembering Paul McCartney talking about how Sgt. Pepper was a character. When Hay got to writing “Family Man,” a song about his father, he realized it was really his dad singing the song.

“Where the Sky is Blue” is also sung from the perspective of his father. Hay’s parents, who were married for 66 years, first met as teenagers. “It’s a song that’s sung by him, singing to my mother, basically asking her to come with him and follow him through life and go where the sky is blue, wherever that is,” Hay says.

Apart from those two songs, Hay says that when it comes to writing songs, he has to set aside the time to write and work out ideas.

“In my twenties, I thought I don’t really have to try that hard because ideas seem to come all the time, so I would just follow where they went,” he says. These days he sees the process differently.

Sometimes song ideas come easily and present their own direction, but sometimes they require a bit of wrestling Hay says. “Either way, it’s important to finish them.”

He says “essential” translates to “good ideas” and a good idea is something people connect with, because as Hay puts it: “We’re trying to figure out how to get through the day.” 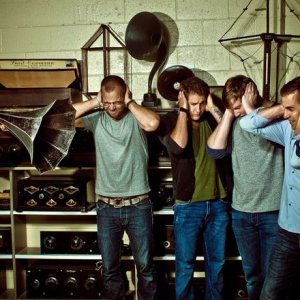 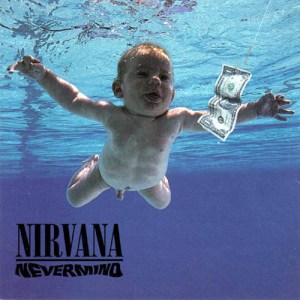