Jordan Rowe isn’t here to chase commercial country trends. His debut LP, Bad Case of the Good Ole Boy is the product of a grind from a gritted artist with a story to tell. Hailing from the South Georgia map dot of Abel, Rowe did not begin to conceptualize a career in music until he arrived in Athens to attend UGA. After hitting his stride playing acoustic sets in the coveted college town, he double-majored in Agribusiness and Music Business. Rowe fulfilled his internship credit with River House artists where co-writing quickly overtook his administrative duties in the office.

The rest of his college experience was split driving back and forth to Nashville. Post-graduation, the aspiring act headed straight to Music City to continue on his clear trajectory. Since his intern days, Rowe estimates he’s written close to 200 songs. When it came time to narrow that spanning catalog down to just eight tracks to introduce himself through the album, Rowe carefully considered which songs captured the spirit of his envisioned artistry.

“I’m doing my best to make good country music like I grew up on,” Rowe tells American Songwriter. “I feel like we’ve gotten away from that to an extent. And I just want to write songs that make people feel something; songs that are deeper that you can connect with and really stir your soul.”

He cites songs like “The Good Ones Do,” co-written with Brad and Brett Warren and Lance Miller. The traditionally structured track evokes the familiar sense of his Southern roots. Searing pedal steel conjures up the nostalgia necessary to transcend place and time with poignancy.

Another soul-stirrer is his most recent single, “Mama Ain’t Jesus.” With the help of Lainey Wilson—one of his oldest friends in town who lent her reverting vocal talent to the tune—Rowe takes his listeners to church with the touching Gospel-tinged tribute to his greatest supporter.

He wrote “Who Needs You,” with another contemporary, Ashland Craft, who is also vocally featured on the record. Working with Craft and Wilson, he says, was “just friends having fun in the studio.”

At 24-year-old, the country artist is undoubtedly wise beyond his years. But plenty of tracks on the album evidence his wilder side. With the help of writers like Hunter Phelps, Drew Parker, and Taylor Phillips, songs like the title track and “Can’t In A Car” portray the carefree country boy hitting his stride in the industry.

Referring to the album title, it’s evident the recent college grad knows how to have a good time, and he brought in a team of experts who have exhibited similar behavior patterns in the past.

“10-4″ sees Rowe in the studio with some of his greatest influences—Eddie Montgomery, Rhett Akins, and Tracy Lawrence. In a type of torch-passing event, the country stars shared wisdom with the quickly emerging act, ensuring the sanctity of preceding generations of country musicians.

“Being in the studio with those three was super cool,” he describes. “To watch them be in their element, and think about ‘Paint Me A Birmingham’ or ‘Something To Be Proud Of,’ some of my favorite songs of all time. I kind of got to feel like I watched how those songs were made.”

He was admittedly nervous at first to join his heroes in the studio environment. But seeing their “chill” demeanor helped him relax. Another takeaway, he says, was learning to “enjoy the ride and not worry so much about the destination.”

He adds, “I have a hard time enjoying the moment because I’m always worried about the next thing. But we’re never really gonna be satisfied with where we’re at, we’re always gonna want the next thing. And when you do that, it’s hard to stop and realize that where you’re at now is what you prayed for.”

Despite a few pandemic-induced roadblocks, Rowe is ready to bring these songs on the road and deliver them to the fans who drive his desire to create music. As a debut, Bad Case of the Good Ole Boy is just the first chapter of what the songs suggest will be a momentous country music career.” 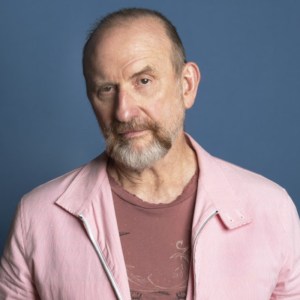 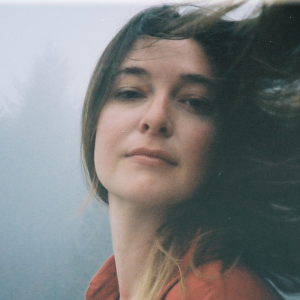