Mike Dekle, the country songwriter who wrote hits like Kenny Rogers “Scarlet Fever” and co-wrote Jason Adean’s “Dirt Road Anthem,” died on Feb. 24 after a battle with lung cancer. He was 77.

Born Thomas Michael Dekle on June 25, 1944 in Panama City, Florida Dekle’s family moved to Athens, Georgia when he was 5, and by the 1960s he started singing folk in coffee shops. After moving to Nashville in the ’70s, Dekle was working as a singer and a songwriter.

In 1982, Dekle signed to lifelong friend Byron Hill’s publishing company, Song Source, where he and Hill co-wrote songs like “A Day in the Life of a Fool” by Keith Whitley and “No Trash in My Trailer,” recorded by Gene Watson. After recording his song “Scarlet Fever,” Dekle was contracted to write exclusively for Kenny Rogers, who eventually re-recorded the song for his 1983 album We’ve Got Tonight. Rogers also went on to record the Dekle-penned songs “Someone Must Feel Like a Fool Tonight,” “Some Prisons Don’t Have Walls,” “Two Hearts One Love,” and “People in Love.”

Most recently, Dekle co-wrote Brantley Gilbert’s 2011 No. 1 hit “Country Must Be Country Wide,” along with Colt Ford, which reached No. 1 in 2011. Gilbert’s “One Hell of an Amen,” co-written with Dekle and Brian Davis, also topped the charts in 2014.

Of writing with artists, specifically younger one, Dekle said that songs came simply by listening. “I just listen,” he said. “I listen to their thought processes. The younger writers and artists I’ve been able to work with have taught me the value of 50-50 when you accept a writing appointment, [and] their opinions are valued.”

Asked what advice he would give younger artists and songwriters, Dekle said, “Pay Close attention to what’s being played on the radio if you want to get a song recorded. You must have a burning desire deep inside of you to stay the course. Keep Dreaming. Keep Writing. Don’t ever give Up. After you’ve written your song, re-write it if you must.”

Dekle added, “Keep looking for a word(s) that will make it better. I’ve always said that writing is re-writing. I wrote for nine years straight… hundreds of songs before ‘Scarlet Fever’ came to me… never give up. Keep Dreaming. Keep Writing. Don’t ever give up.”

Mike Dekle is survived by his wife Crystie and by their children and grandchildren.

A service will be held on March 19 at the First Baptist Church in Athens, Georgia. In lieu of flowers, the family requests that donations be made to Pulmonary Fibrosis Foundation, American Diabetes Association, Athens First Baptist Church Athens Building Fund or a charity of choice. 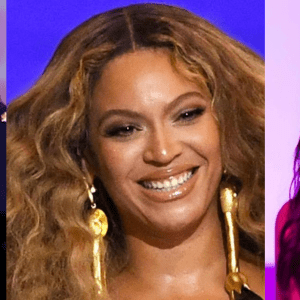