In Paul Bowles 1950 short story “The Circular Valley” a mute presence Atlajala craves new sensations. It enters various creatures—a moth, a panther, an eel—to feel what they feel, until it consumes man and discovers obsession. Passing through soldiers, priests and all walks of life, it eventually possesses an adulterous woman, whose affair becomes more sinister. Spotlighting the darker side of mankind, and how some morph in order to get what they want, a similar narrative unfurls around CrowJane’s “Circular Valley.”

“I appreciated the way the writer paints a picture of humans, their obsessions, addictions, thirst for violence, and the beauty of a woman and falling in love,” says CrowJane, the moniker used by artist Heather Galipo. “Lyrically, I wanted to take the parts I love most about this story and tune them in with my life.”

The final track written by CrowJane for her debut Mater Dolorosa (“Our Lady Of Sorrows”), “Circular Valley” fuses these perceptions in some ominous state of humankind and all its fixations. Moving into a psychedelic trip through transformation, the story unfolds in The craving of wanting more mixed with kismet led me to the pleasures of seeping through desperation of men on the verge of death but the foliage began to shrivel.

Even in its syncopated chorus Connect the dots in the circular valley, there’s a more personal link to the individual that she was in love with at the time, who also introduced Galipo to Bowles’ dystopian tale. These mixed emotions, the joys and pains of falling in love, thread through Mater Dolorosa.

Visually, Galipo, who has worked for years as a horror special effects artist, enlisted Eric Livingston (Mr. Bungle, Dead Cross) to help her portray the morphing of Atlajala. Using some of Livingston’s own watercolor paintings in the video added a softness to the track as the animated piece flows through a more shadowy supernatural world illustrating the spirit’s transformation in the “Circular Valley.”

“I like that this video makes the viewer question what is going on in this way that they might even have to view it again to understand it more,” says CrowJane, “or maybe even something as crazy as research the meaning.”

Like the spirit in Bowles tale, Galipo is molting, moving from the black magic of Egrets on Ergot and experimental Prissy Whip (both also worked wth Roessler), or the warped cabaret of The Deadbeats, with CrowJane as her enduring form.

Piecing together the album over the past few years, Galipo says some elements of Mater Dolorosa also became more prophetic of the current times.

“I think the subjects like how ‘evil’ human beings can be, love, suffering, destruction, and survival are always current,” she says. “We can morph them to our current circumstances. To me, in this time in the world, the ugly part of humans is being kind of highlighted.”

Questioning the value of life, the end of the human race and an obsession with a superficial existence, “Circular Valley” is a small glimpse into human’s slow-advanced nature.

“Why is it that this side of human beings has been written about in stories for decades and yet we haven’t seemed to evolve from it all that much?” says CrowJane. “Will we ever be a species that doesn’t thrive off of destruction, or is it in our DNA like an animals hunt being the ‘circle of life. Humans are complex creatures, and existence is miraculous.” 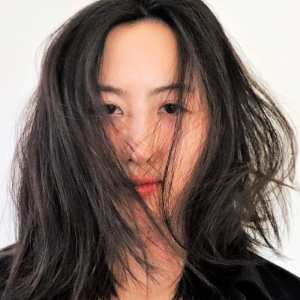 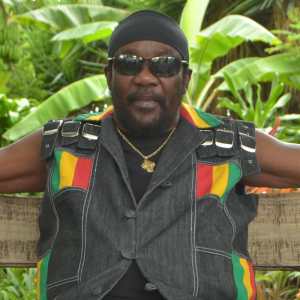