ASPN’s “People Have the Power” podcast celebrates the life and memory of reggae legend Toots Hibbert today on what would have been his 78th birthday with the release of an interview conducted in August promoting his newest album, Got To Be Tough.

Though a tragic day for music fans all over the world, this interview is a reminder of the light and depth that Hibbert brought to the music industry.

Steve Baltin, the podcast host, chats with Hibbert about the album, musical camaraderie and the importance of helping the youth in their pursuit of music.

Although Hibbert hadn’t released an album for a decade, he shares that about two years ago he started working on Got To Be Tough and specifically the title track of the album because of what he saw around him in Jamaica.

While the album touches on heavy themes, Hibbert explains that his priority when songwriting is to be truthful while bringing awareness to the world and understanding for the people.

“When I’m writing a song, I make sure to write a song that tells a true story. A story that is true and can tell a story to the world. The whole world. I never write nursery rhymes…I just have to write biblical facts to let people know right is right and wrong is wrong. Truth is truth and lie is lie.”

That kind of pressure to create something so powerful and not take shortcuts in songwriting is why Hibbert takes his time with his craft and doesn’t feel rushed to create, even if his fans are left in eager anticipation for his next masterpiece.

Nevertheless, the fact that Hibbert took his time with “Got To Be Tough” ultimately served a critical purpose as his message draws on hope when times are tough. Hibbert never could have imagined the deep and timely resonance which the album and title track has with fans in the world today.

“It’s surprising to me to know that this song, ‘Got To Be Tough’ has just fit in this time. Fit in this time of problems. I really appreciate what this song is doing to my fans, my friends, black and white, old and young, large and small.”

Aside from the album, Hibbert speaks excitedly and laughs heartily throughout the interview when thinking about the incredible musicians who were all fans of each other in his era and still friends today.

He mentions artists ranging from Dave Matthews to The Rolling Stones, The Police to Bon Jovi and of course, Bob Marley.

His deep respect for the mutual craft which he and his peers are pursuing, despite being in different genres, shines through clearly as he notes that, “We are just a musical destiny…They inspire me and I inspire them. It’s a family affair.”

His enthusiasm for the musical craft doesn’t just stop with his legendary peers, but also encompasses the talent of young aspiring songwriters and musicians.

He shares that he plans to work with budding talent in the future and loves that his work can be utilized as a valuable “musical source” for them as they learn and grow as musicians everyday. “I’ll give my vibes to them all the time,” he promises.

In that way, his album serves as the newest reference source to younger artists, which is something Hibbert fully intended. He hopes they will be able to understand what he writes about and use it to their benefit, because at the end of the day this album is for the youth.

“It’s speaking about children, boys and girls, to look up and be strong, believe in what is right, don’t do nothing that’s wrong,” he explains.

Despite the hardships of this year, Hibbert fully believes in the idea of music changing the world, a belief which he hopes to instill in the youth and one which he has proved through the impact of his own music.

As a final thought and hope he says: “If you write good songs, I believe it can drive away all fears.”

There’s no doubt that his work has and will carry that message to music lovers alike for many generations to come.

Check out the rest of their conversation here and Hibbert’s album Got To Be Tough below. 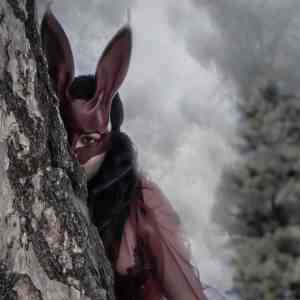 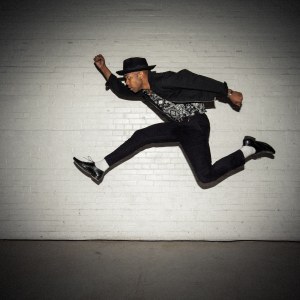