In celebration of the 35th anniversary of Cyndi Lauper’s second album True Colors, the title track was certified platinum by RIAA, and Legacy Recordings has released an expanded digital edition of the album, including two bonus tracks, the b-side “Heading for the Moon” and a “True Colors” Pride Remix by Junior Vasquez, both released on digital platforms for the first time.

Lauper, who is credited as the art director for True Colors, with cover photography by Annie Leibovitz, also shared customized “True Colors” Instagram filter for fans to use on her Instagram account.

The album also introduced Lauper favorites “Change of Heart,” featuring backing vocals by The Bangles, and covers of Marvin Gaye’s “What’s Going On” and The Dixie Cups 1964 single “Iko Iko.”

Pulling in a team of artists and musicians, True Colors featured guitarist Nile Rodgers on “Change of Heart,” Rick Derringer on “The Faraway Nearby,” (with backing vocals by Aimee Mann), and “Calm Inside the Storm,” a track he also co-wrote with Lauper, along with guitarist Adrian Belew, who helped arrange “What’s Going On,” backing vocals by Billy Joel on “Maybe He’ll Know,” and Ellie Greenwich on “Calm Inside the Storm.”

Co-written by Billy Steinberg and Tom Kelly, “True Colors” reached No. 1 on the Billboard Hot 100 on October 25, 1986, and has since served as an anthem for the LGBTQ community, one closely knit to Lauper. In 2008, Lauper co-founded a nonprofit organization, formerly called the True Colors Fund, addressing the issue of homelessness within the lesbian, gay, bisexual, transgender, queer, and questioning youth community.

“When I heard our demo,” said Lauper, “I realized it had intimacy, and intimacy was the most important thing.” 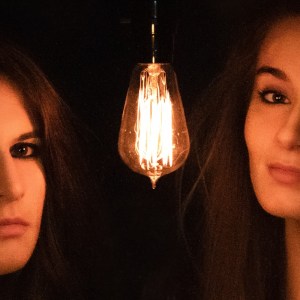