Visiting a beach town in the Yucatán Peninsula in southeastern Mexico with recording equipment in tow, New York-based artist Papi Shiitake was struck by the moonlight one particular night. Set under the moonlit sky in a house on the beach, the New York-based artist captured the perfect setting in song on “Mexican Moonlight,” off his upcoming album Wabi-Sabi (Trash Casual), out Nov. 18.

“The feeling was so incredible that I almost felt uncomfortable feeling it,” said Shiitake of the soulful lo-fi groove. “I wrote ‘Mexican Moonlight’ about that experience.”

Papi Shiitake spoke to American Songwriter about the different “time capsules” of songs of Wabi-Sabi and how art can imitate music—and through characters—in “dreaming up the world of Wabi-Sabi” with Chinese artist Sedyrung, and why he considers himself more a “song catcher” rather than a songwriter.

American Songwriter: How did Wabi-Sabi start coming together after the release of your 2020 EP Quarantine Dream?

AS: The term “Wabi-Sabi” centers around honoring the imperfections, the cracked or broken. How does this idea tie into “Mexican Moonlight” and the other tracks on the album?

PS: I used to want to write really good songs, but for this album, I focused on writing really honest songs. I’m always looking for a more genuine way to express myself. A lot of times I feel very imperfect as a person and this album is about allowing yourself to love who you are, not who you should be. The songs are sort of a journey to finding that feeling.

AS: Is there a common thread throughout Wabi-Sabi?

PS: I think it was a sort of optimistic depression I was feeling when I was writing Wabi-Sabi. Each song is a time capsule. When I start writing a song, I stop everything I’m doing until I finish it. I try to capture that moment in time. If you leave and come back to it you’re a totally different person. I think the thread is my lens as a human.

AS: How do the video and other art pieces by Sedyrung complement this collection of music?

PS: I wanted art that juxtaposed the sound of the record. I’m a big fan of Asian art and anime culture. When I found Sedryung I knew immediately I wanted to collaborate. We created these four characters together and started to dream up the world of Wabi-Sabi. I always encourage my collaborators to be free so I gave Sedyrung complete creative control and the video for “Mexican Moonlight” was born.

AS: Sonically, was there something you wanted to approach differently from Quarantine Dream?

PS: On Our first EP, Quarantine Dream, I was really into preserving the sonics of the songs. For this record, I wanted the songs to be really big. I have a lot of tracks in the songs, a la the wall of sound, but you’re not really supposed to hear everything. You feel it. We mixed the record like three times before we found Brandon Bost who ended up doing the record. He’s an incredible mixer who’s worked on some amazing records and he really understands the sonics of my soul. The songs really took on a new life.

AS: Describe yourself as a songwriter. Do you feel like songs still come together for you as they always have?

PS: Honestly I consider myself more of a “song catcher” than a “songwriter.” I set up environments to catch the spirit of song. Once it’s there, I spend all my energy trying to understand it and capture it on tape. It feels like taming a wild animal. You never want to neglect it or it will run away. I don’t really feel like I write the songs. They come to me and I speak for them.

I tend to write best when I’m riding an emotional wave. I’m super sensitive so when I feel an emotion, it’s intense. If I can transmute that energy into song the ideas usually come very easy to me. I try to stay in ‘play’ when I write. I think it’s best to approach art as if you were a child. This method is tried and true for me. 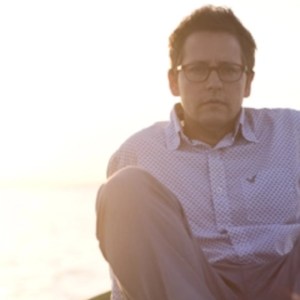 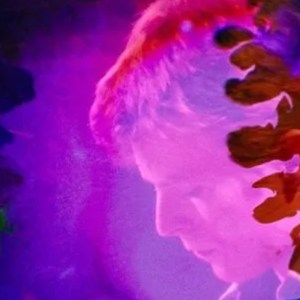