The Ballroom Thieves — Calin “Callie” Peters, Martin Earley, and Devin Mauch — are opening up about a lot of subjects with their new music.

Martin Earley said that the song “Love is Easy,” is one such track as it pulls back the curtains on what a rock star’s life on the road is really like. The single, written by Earley and his fiancée Calin “Callie” Peters, is on their upcoming third full-length album “Unlovely,” which, as the name suggests, will look into the uglier aspects of contemporary living.

“I’ve been touring for many years and have discovered that I really don’t love the road as much as I once thought I did,” he said. “But I do love my bandmate, best friend and now fiancée Calin.”

Channeling frustration and discontentment at the current political and social situation, the New England-based trio tackled the issues that are nearest to them. This is clearly seen in five people Earley said he’d like to have dinner with, from climate change activist Greta Thunberg to Democratic candidate Elizabeth Warren, biologist Richard Dawkins, and musical icons Elton John and Beyonce.

For this new album, the band wasn’t going to shy away from addressing the current state of the world, Earley said.

“We write about the things that are important to us and right now, it’s impossible to ignore the inadequate state of the world,” he said. “We just wrote the songs that came out of us and they happened to be largely political. In an ideal world, we would never write a political record — there’d be nothing extreme enough to warrant it.”

With most songs being joint efforts between Earley and Peters, “Unlovely” showed the band collaboratively creating the record.

“Figuring out how to write as a writing team has been something of an adventure,” Earley said. “We used to create songs more separately but found that we complement each other well in almost every sense of the word, including songwriting. Most of the songs I brought to the table were inspired by our dreadful news cycle but tend to involve some sort of hopeful or romantic  spin, whereas most of Callie’s songs are about smashing the patriarchy and destroying evil forever.”

But “Love is Easy” isn’t very angry. It’s endearing and honest — a song about what matters most to Earley.

“She makes life on the road worth it, and my love for her has always come easily, even in the most trying of times,” he said.

Writing the song on a Martin GPCPA1 and “my friend Doug’s Taylor Grand Symphony,” Earley recorded the song at Hearstudios in Camden, ME alongside producer Jerry Streeter.

The Ballroom Thieves will be on the road with CAAMP in the spring. 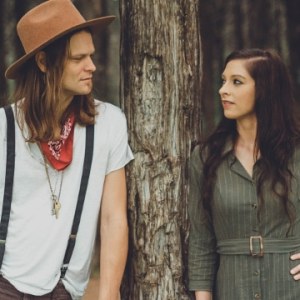 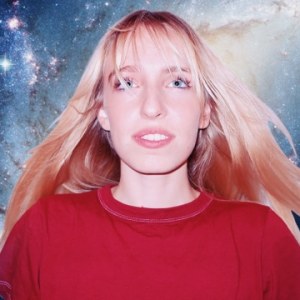