Here’s a great idea to set to music: what is the backstory for each of the characters in “El Paso,” the Marty Robbins country classic tale of heartbreak, revenge and an untimely death?

This could be a recipe for disaster and ridicule from the songwriting community and fans of Robbins’ epic narrative. Thankfully, the Carolyn Sills Combo delivers with Return To El Paso, a 5-song EP that packs a well-crafted storyline, spot-on musical rhythms, stacked ascending and descending harmonies and lovingly accurate acoustic guitar and pedal steel licks. Sills’ precursor to that fateful night at Rosa’s Cantina is told from each character’s perspective and vividly bursts through the speakers in full CinemaScope visual and sonic detail.

“El Paso has always been such a cinematic song to me,” says Sills. As a kid I would imagine the characters in my head, watching the story unfold like a spaghetti western film. I always wanted more. I thought it would be a fun challenge to create more background stories for Marty’s characters.”

A galloping acoustic guitar rhythm sets the tone of the fateful encounter that’s in store on the leadoff track “Feleena.” Sills and her band skillfully and subtly enter one by one into the song, while the narrator warns “Oh Feleena why can’t you just stay away.”

“I never felt a personal connection to any of the characters, but I found them all fascinating. I believed that Feleena, with her wicked ways, orchestrated the entire drama, manipulating the men involved and sealing their fates. The Ranger who shoots the narrator (Marty) at the end of “El Paso” has his own unique perspective, and I wanted to tell his version of what happened right before and after ‘one final kiss and Feleena, goodbye.’ And, of course, we can’t forget the horse that is stolen out the back of Rosa’s Cantina.”

“The Handsome Young Stranger” introduces us to the unlucky victim, with Egan plucking tasty reverb-laden guitar licks that echo Kenny Vaughan’s playing with Lucinda Williams. “The Handsome Young Stranger was always so intriguing, as his life span in El Paso takes place within four lines, but he’s so important to the plot,” Sills adds. “I felt that he must have a history with Feleena, and I used what we learned from Marty’s 1966 release, “Feleena (From El Paso)” to write his story.”

“I’m Not Crying (I Just Rubbed Jalapenos in My Eyes)” is a sad and contemplative lament from Feleena, revealing her internal turmoil over her no-win love triangle, set against a lilting cowboy waltz rhythm and Grady Martin-style acoustic guitar fills.

“We were introduced to Sylvia through a mutual contact, when I had referenced Rick Rubin’s recording of Johnny Cash’s “When the Man Comes Around,” and how we had hoped to capture some of that feeling. Sylvia had worked on that album and we were thrilled to be introduced. She liked our previous work and the concept of this record and was excited to record it with us. We got it done in two days and loved every minute spent with her.”

The Santa Cruz-based group has several Western swing releases under their belt which have received rave reviews. “We do play the album live, and like to thread some narrative from Marty’s original lyrics in-between songs to give the audience a reference as to where our stories are taking place chronologically within El Paso. The album has only been out since November 2019, and the reaction has been great so far. We just received a 2019 nomination for album of the year from the Academy of Western Artists, which is an honor. So far “Feleena” is charting the best on radio stations. I think that song is most reminiscent of Marty’s style, with our nod to the Glaser Brothers’ harmonies, so it is resonating the most with audiences. But everyone seems to have a favorite, and we love getting emails from Marty Robbins’ fans across the world.

This 5-song EP packs a punch, with a terrific concept and no wasted musical notes or lyrics. You’ll laugh, you’ll cry and you’ll shout at your speakers “Feleena, don’t go to the cantina.” 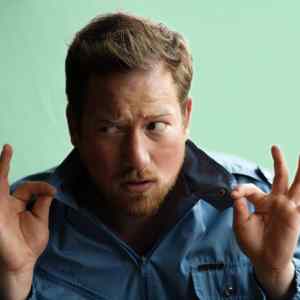 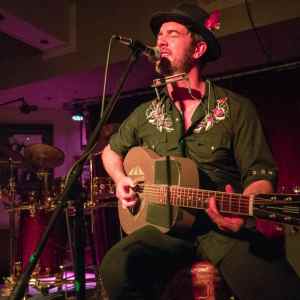