Troy Bennett’s new single, “Push Away The Rain” starts out a bit understated.

At the outset, a lone acoustic strumming pattern takes the floor, quickly joined by Bennett’s nimble, expressive voice. For the first minute or so, this moment lingers, allowing his thoughtful wordsmithing rise to the surface. Then, about a quarter of the way through, a drum fill and some electric guitar chords announce a shift—within moments, the song blossoms into a full-fledged, Americana rock ballad.

“I honestly love the surprise element,” Bennett told American Songwriter. “Right at the first chorus, the Wonder Kid dudes burst in with atmosphere and awesome riffs.”

Dropping on June 11, “Push Away The Rain” is the latest single from Bennett’s project, Troy Bennett’s Graveyard Lips, and like he mentioned, it features kindred band, Wonder Kid. “Recruiting my dear friends in Wonder Kid to come into the studio and collaborate on this song with me was a no brainer,” Bennett explained. “I wanted to give the original version of this song—which was slower and more folky—a more upbeat and pulsing life. I initially went in and laid down the acoustic guitar tracks and vocals and then Wonder Kid came in and tracked live with my tracks playing through the in-ears.”

By the time the song comes to its climax, the combined force between Bennett and Wonder Kid reaches a soaring height, with a wall of guitars, bombastic tom fills and group vocals to boot. Perhaps what comes across loudest, however, is the earnesty of Bennett’s performance. Crying out “Don’t forget to let it go,” you can tell there’s a certain “lived-in” quality to the song’s message of struggle and healing.

In his own words, Bennett summed up the meaning of the song nice and neat: “Be kind with yourself.”

Troy Bennett’s Graveyard Lips’ new single “Push Away The Rain” is out everywhere on June 11. Listen to it below: 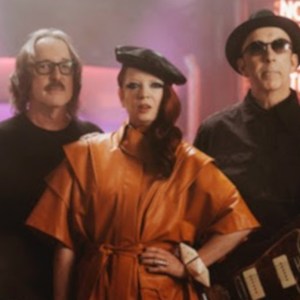 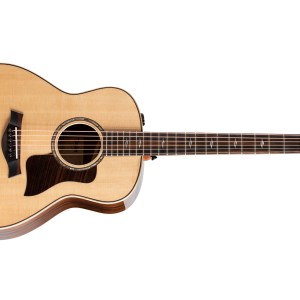