Today (November 9), the popular, emotional rock band, Dashboard Confessional, announced the forthcoming release of its next LP, All The Truth That I Can Tell. The record is set to drop on February 25. To celebrate the announcement, the band, fronted by songwriter and performer, Chris Carrabba, released a new single, “Here’s To Moving On,” which you can see and listen to here.

“I think in this song I find myself understanding what brought me to the mat and what it takes to get up off the mat,” said Carrabba in a statement. “Sometimes what brought you to the mat are outside forces and sometimes it’s you, yourself. Or it can be all those things. But it does seem the only thing that gets you up off the mat isn’t outside forces—it’s always you.”

The Florida-born group is the longtime project of Carrabba. This new LP, however, will mark the first release from the “Vindicated” singer since the 2018 album, Crooked Shadows.

Last year, we spoke to Carrabba, about his career and a near-death motorcycle accident, which took the artist months to recover from.

“It’s not just that I made a career,” Carrabba said. “What’s more important to me is that I’ve had true, real connections with people that I’ve met along the way and they are and have been lasting. This year has been so strange. I was in this really horrible accident – you think that you’ve slowed down when COVID hits and everything is pulled out from under you when you’re a touring musician and you had plans. Then when I was actually able to slow down, I was bedridden for months.”

According to a statement about the album: “Written and recorded pre-Covid, Dashboard Confessional’s ninth studio album, All The Truth That I Can Tell is both a remarkable renewal and fortunate step forward for Chris Carrabba. Having ascended great heights over the past 20 years, Carrabba found himself at a distinct crossroads as the last decade came to an end. Running on fumes, unsure if he’d ever release another album, he waited.

“The songs eventually came, and though the project might’ve easily come to a screeching halt following a near-fatal motorcycle accident in June of 2020, All The Truth That I Can Tell stands among Carrabba’s finest – both an achievement of vision and a vital burst of artistic clarity, a strikingly potent musical look at Dashboard Confessional through a rediscovered keyhole. For the album’s production, Carrabba tapped James Paul Wisner who produced the band’s first two studio albums, The Swiss Army Romance and The Places You Have Come to Fear the Most.” 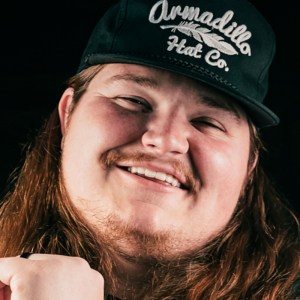