“Serving the song and a life sentence.”

That’s been David G Smith’s catchphrase for over two decades, since he left a life of 9-to-5 desk labor and playing keyboards in other peoples’ bands and surrendered to his own muse. A road warrior headquartered near the Iowa banks of the Mississippi River, Smith exemplifies the Midwestern work ethic of people who are up at 4:30 a.m. to milk the cows or hook up the combines.

Smith’s work brings to mind James Taylor, Prine, Kristofferson and others of that ilk, but at the same time really doesn’t sound a lot like them. He’s recorded seven albums and has had placements on TNT, Lifetime, the Travel Channel and more. His latest album, Who Cares, includes a duet with one of the legends of Americana, Mary Gauthier. Most often seen playing a Composite Acoustic guitar by Peavey, Smith has traveled both as a solo and as an opener for modern-day artists like Justin Townes Earle and old heroes like Ramblin’ Jack Elliott.

Songs from Who Cares have enjoyed extensive airplay worldwide, as tabulated and charted by Roots Music Report (RMR). Operating from the somewhat-unlikely Southwest location of Moab, Utah, RMR displays updated charts in blues, jazz, bluegrass and many subgenres, with Smith’s latest work currently appearing on the site’s alternative folk chart. Smith found a few minutes to discuss his RMR success with American Songwriter, while preparing for gigs in Mexico before playing a Nashville show at the Bluebird Café.

“You’ll find artists like Ry Cooder and Alison Krauss on the RMR charts,” Smith says, “as well as lesser known indie artists. Who Cares hit #1 on RMR’s Iowa Album Chart, and ‘Mi Familia’ and other songs from Who Cares are still in the Top 20, competing with the John Prines and Todd Sniders of the world. Given the competition with artists like Gary Clark, Jr. and even Springsteen, it’s a rougher row to hoe for an indie. But Who Cares was in the fray and didn’t do too badly.”

Over the years Smith has figured out how to make a living as a touring singer-songwriter, something that many artists are never able to do. He says he learned long ago that the most successful artists treat the profession like the business it is. “As a business, I have a team. It includes a publicity person and a radio promoter as needed. There is an admin person to handle my publishing, a social media person who helps with across-the-board promo including radio, and until recently, the wonderfully talented Blue Miller, who was my producer. Blue went a long way toward lending consistent quality and vision to each album project that translated to the world of radio.” Miller, who worked with everyone from Bob Seger to Blake Shelton, passed away while producing Who Cares in Nashville with Smith.

“The old business models that allowed a pure songwriter to make a living, to put food on the table and pay the rent, are gone,” Smith continues. “Whereas substantial revenue streams came from essentially two monitored sources, mechanical and performance royalties, inconsequential revenue now drips from many digital sources. The big questions are, Where does a finished song live anymore and how can it earn its keep? Where does that leave the professional songwriter? Just saying it’s ‘For the love of the game’ and ‘Songwriting is my passion’ by themselves isn’t gonna get it done. But I haven’t found anything else that beats the challenge of it … or the payoff when it all comes together.”

Smith has overcome a lot of obstacles (including having the most popular last name in the U.S.) while honing his craft and maintaining a profitable career. “I guess I consider myself an overnight success that took 20 years to put together,” he says. “I had to figure out a way to sustain my effort, and I did. That ‘way’ is legitimate, it’s authentic. It’s the truth.” 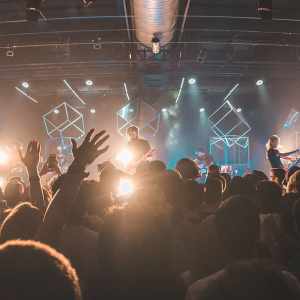 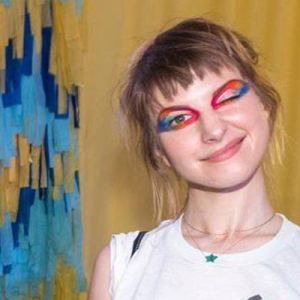