Shortly after famed guitarist John Mayer contracted COVID-19 and had to bow out of his band Dead and Company’s festival in Mexico in January, the announcement came that the entire festival itself is off.

Playing in the Sand festival, which spans multiple weekends and was slated to begin Friday in Cancun, has been canceled entirely.

Dead and Company, the band founded by Grateful Dead guitarist Bob Weir and Mayer, took to social media to make the official announcement, writing on Twitter in a series of posts.

“With much sadness and after great consideration of every possible scenario, the @PlayTheSand shows in Riviera Cancun on January 7-10 and January 13-16 have now been canceled by @CID_Presents due to the spiking COVID-19 cases,” they wrote.

“Dead & Company and @CID_Presents tried everything possible to bring normalcy and to deliver a great experience and amazing music, but with each day it became increasingly clear that canceling is the correct thing to do for the fans and for our crew…

“Please refer to the Playing in the Sand email that will be sent shortly with all details about refunds. See you soon, hug your loved ones, stay safe and be kind.”

Earlier, with Mayer’s news, the band wrote in a post on Instagram: “Today, just prior to leaving for Mexico, per his physician, @JohnMayer tested positive for COVID-19 and will be unable to perform at the upcoming ‘Playing in the Sand’ event in Riviera Cancun January 7-10.”

Prior to that, the band’s drummer Bill Kreutztmann also had to bow out for health reasons.

“[My] doctor has ordered me to take it easy (and stay safe) through the end of January so that I can continue to drum and play for you for many tours to come,” Kreutzman shared. “I have a lot of music left in me and there’s no stopping me from playing it. I’ve never been one to obey orders or play by the rules but in the interest of longevity, I hope you’ll understand. I wish my brothers in the band the best these next two weeks and I look forward to meeting back up with them — and with you — before you know it. Please stay safe out there so that we can do it all again.”

Now everyone can relax, stay home and rest up. 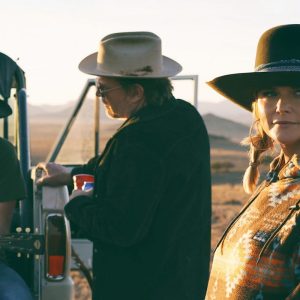