A documentary based on the Miranda Lambert, Jack Ingram and Jon Randall release The Marfa Tapes will premiere exclusively on Paramount+ on Jan. 20.

Directed by Spencer Peeples, The Marfa Tapes documentary follows the trio performing around a campfire in Marfa, Texas while crafting the 15 tracks that would eventually appear on the album during a five-day session.

Joining previous Paramount Plus music documentaries on Kacey Musgraves, Star-Crossed, and Madonna’s Madame X, The Marfa Tapes features behind-the-scenes footage captured during the making of the album and interviews.

The small desert town of Marfa was always a special spot for Lambert, Randall, and Ingram, who made multiple trips to write in the area, which has less than 2,000 inhabitants. Long-time collaborators, Ingram and Randall have co-written with Lambert for years, including their work on “Tequila Does,” off her seventh album Wildcard in 2019, and “Tin Man” from 2016 release The Weight of These Wings.

Released in May 2021, The Marfa Tapes topped the country and folk charts and was nominated for a Best Country Album Grammy in 2022.

“I’ve never been to space before, but when the song takes shape, it feels like gravity leaves you,” said Randall in a recent interview with American Songwriter, describing their pilgrimage to Marfa during the fall of 2020.

Lambert added, “It doesn’t happen as much for me by myself. But when I’m writing with people that I love and admire and can feel the magic is in there, there is a high. You’re just floating there for a minute.

She added, “But no writer’s room or anywhere else compares to what happens in Marfa because you’re already kind of in space.” 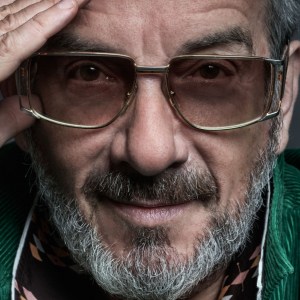