“In my mind, he’s alive,” said Devo’s Gerald Casale of David Bowe. “A guy like Bowie, because of the body of work he left and the legacy he left, he’s alive,” said Casale, who remembered when the band met Bowie while working on their 1978 debut Q: Are We Not Men? A: We Are Devo!

“He [Bowie] just casually mentioned…’so Miles might stop by,'” said Casale. “And in comes Miles Davis and David introduces us and Miles wants to know why David’s interested in Devo. I started giving Miles the Devo wrap, and you just can see he wasn’t having it, shaking his head and it just made David laugh. It was wonderful.”

Throughout the interview, Casale also reminisced about the time he worked with Soundgarden on their video for “Blow Up The Outside World” and the Foo Fighters’ “I’ll Stick Around.

“Well, I heard it and it was an incredibly depressing five-minute and 22-second dirge,” said Casale of Soundgarden’s Down on the Upside single. “Even before I wrote the treatment, I found out that they were breaking up and that this would be the last thing they ever did together before I even wrote the treatment. That was incredibly depressing too, ‘cause I really liked Chris and I really didn’t want to hear that they were breaking up.”

Working around a tense atmosphere on set, Casale went to each band member’s dressing room to discuss the next scene. “And Chris, there was something very brooding dark there and he was the deepest of them all,” said Casale. “And I didn’t know what the hell was going on, but you could just feel it. I mean, it poured into you right from his eyes, and no wonder, they picked my treatment. It was the right treatment for their last song that they would ever do and it kind of captures exactly what Chris must have been thinking of when he wrote those lyrics.” (Soundgarden did reunite for the release of their sixth album King Animal in 2012 and continued to tour until Chris Cornell’s untimely death in 2017.)

The Foo Fighters video was a whole different experience. Working with the band, who Casale says were hours late to the soundstage, the video was filmed within four hours.

“I worked with an outfit out of Chicago that were experimenting with early CG editing in laptops, at a time when everybody was just using very expensive editing facilities,” said Casale. “They created this thing that looks like a germy ball floating around chasing Dave and everybody. It was the AIDS virus. That’s what the AIDS virus looked like, but what nobody knows is that what that viral ball represented… Courtney Love.”

Casale added, “Yep. I’m here to tell you for the first time. When I heard the song, I immediately assumed that what Dave was talking about when he said, ‘I don’t owe you anything’, and knowing the problems they were going through with Courtney, I made the assumption it was about Courtney. And I have the naive temerity, being the kind of guy I am… I asked ‘Hey, Dave, is this about Courtney?’ and he goes, ‘my lips are sealed,’ so I just rolled with it.”

Mothersbaugh brought the conversation back to Devo and the band’s third album Freedom of Choice, which birthed the band’s synth-pop hit “Whip It,” and how the album and its follow-up were “lost in translation.” Upon recording Freedom of Choice, the band immediately went on tour in Japan, and while there, Mothersbaugh ran into his friend Hajime Tachibana of The Plastics, who told him that their album was translated as Psychology of Desire.

At a sushi bar one evening, the band began chatting with some businessmen and discovered the title of their next album.

When the band returned to the U.S. they remembered the title and wrote their next album New Traditionalists. Returning to Japan, Mothersbaugh joined his friend Tachibana on a moped ride through Tokyo and talked about their new album, again.

“I go, ‘The title for the [new album] ‘New Traditionalists’ was an inspiration from these two business guys we met at a sushi bar,’” said Mothersbaugh. “And he goes ‘title of new Devo record, not so good,’ and I go, what do you mean?’ He goes, ‘well, new traditionalists, it translates in Japanese to yuppie… new Devo album in Japan is titled ‘yuppie’.” I could not believe that. That was the most awesome, weird thing I heard connected to a ‘New Traditionalists.'” 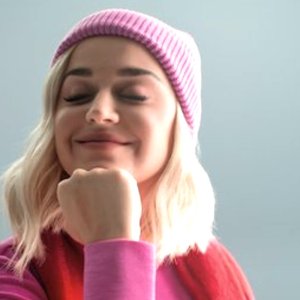