“Our EP coming out — it’s a question of four different songs, and honestly I feel like they all have such a different sort of way that they came to be,” Dawson said. “For instance, ‘broken people’ the first song we wrote, we wrote in Brooklyn, New York, and wrote it really quickly. Other songs on the EP, like ‘come on come on,’ was a month or two process to get it right. So you know it’s cool bringing together a collection of songs that sort of have different stories and different ways that they came to be.”

This trip to New York is important to note because it pulled these native Californians out of the warm surf and put them directly into a fast-paced city. In conversation with the trio, they laughed about how they felt out of place in the bustle of the subway but also highlighted the importance of this new environment for their creative process.

“Yeah, I think that trip was super memorable. We wrote a handful of songs there, it wasn’t just ‘broken people,’” Cole said. “I remember after each session of the day [in the studio] we just skated around the city — we didn’t have a car or anything. So we’d just go from subway stop to subway stop. I remember listening to a few of the day of demos while skating through New York City which was pretty memorable for me.”

Temporarily trading surfing for skating, almost monday pumped out their powerfully rhymic sound for “broken people.” And, as Cole pointed out, they didn’t stop there. The band continued to evolve and elevate their danceable tunes with the strength of three musically-inclined minds.

“That’s the beauty of being in a band. We all came together from being friends and hanging out and all sharing and playing music. But I think the difference of what Cole, Luke, and myself grew up listening to it makes things interesting when you bring together a collection of different styles or ideas,” Dawson said. “I think that’s kind of the fun part. It’s kind of a cool relationship that has a balance where ‘I like this, you like that. Alright let’s figure out how we both like it.’”

Their ability to lean into each other to create don’t say you’re ordinary stems from their shared emphasis on songwriting. When asked what was the most important element of songwriting they also agreed: “just consistency,” Luke explained.

“Even if it’s not sitting down for eight hours and banging your head against the table, just put in thirty minutes and if that’s all you got that’s fine — just come back the next day for thirty minutes or an hour. Keep going until it feels more natural.”

Fortunately, the intense writing sessions and coast to coast travel paid off. The entirety of don’t say you’re ordinary exudes confident chords that support a smooth mingling of vocals and synths.

“That song [‘don’t say you’re ordinary’] is — we’re kind of hoping it’s just like a song for everybody,” Dawson concluded. “You could send it to your friends or your mom or your girlfriend or boyfriend or whoever it is — you could send it somebody’s way and it be a little encouragement. One of the big themes on this EP for us was ‘you’re unique or your special just for being here.’ The idea that you’re even here is so remarkable and that you’re walking around you’re doing your thing was the theme we keyed in on for this EP…. It becomes this EP that people can listen to if you’re happy or sad or whatever you’re going through. You’re special, you’re not ordinary.”

Listen to “broken people” below and all of don’t say you’re ordinary here. 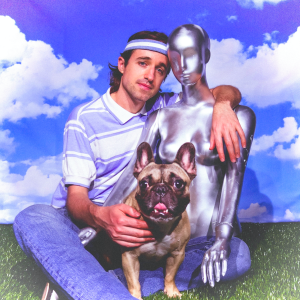 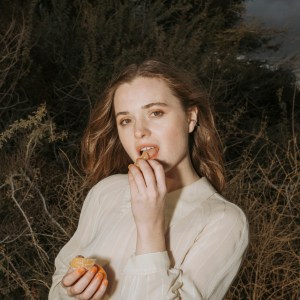