Kathleen has spent the past couple of years chasing inspiration. Today, she is releasing the second part of her self-titled EP, Kathleen II, to broadcast what she found when she grappled with the musical muses.

Kathleen II contains four unique singles: “August,” “Dark Side of the Moon,” “Can’t Sleep” and “Glass Piano.” They are so unique, in fact, that each one assumes its own personality. “I think they must stand alone,” Kathleen said. “They’re very independent. They’re little children who are their own people.” “And you love them all equally?” we asked. “I do! And they can do whatever they want. I don’t care, as long as they’re happy,” she said.

In an exclusive interview with American Songwriter, Kathleen chronicled her creative processes for each of these songs.

“Each one has at least a short story surrounding it,” she explained. “For instance, ‘August’ being the oldest of the batch, but still one of my favorites has carried through a lot. I wrote that pretty early on, and it was like a very first love song, and feeling that electricity and that catharsis. I think ‘August’ is an interesting song because it came out of this place that I feel like a lot of artists are constantly trying to get back to. You know, [it’s] this full-blown lightning feeling where you’re just fully possessed by the inspiration.”

That feeling of love at first sight — the French call it le coup de foudre, which literally translates into a lightning strike. It seems that Kathleen picked up on the universal language of newfound love and she carefully penned it into “August.” After the emotional tenderness of “August,” Kathleen’s pace changed, and she charged into her songwriting with unwavering enthusiasm.

“I remember I had this English teacher and she had this Jack London quote: ‘You can’t wait for inspiration, you have to chase after it with a club.’ … You can’t just wait around for that inspiration. You have to chase it and beat it down. And then all of a sudden you get this really amazing thing you didn’t know you were capable of. Like ‘Can’t Sleep’ is the first pop song I’ve written for my own project. I remember we wrote the chorus, Noah and I, and he played it back — I started dancing. It was the first time I’ve ever danced to one of my songs.”

When you listen to “Can’t Sleep” you’ll dance too — it’s inevitable. The song’s melodies swell quickly enough to catch you pleasantly surprised, then they sweetly settle into the volume of Kathleen’s rich vocals. This beautiful pairing of techniques continues into “Dark Side of the Moon” which was subtly influenced by the late, great John Prine.

“I was listening to a lot of John Prine, probably because he just passed at the beginning of the COVID madness, and just really trying to process. He’s so good at finding that comedy and tragedy in life which is so important right now because everything is so heavy-handed. So you need a little bit of comedy but reality.”

She continued, “I don’t think that’s what I was trying to do with ‘Dark Side of the Moon’ necessarily, but talking about very real things like families, virtues and the world falling apart in a simple and digestible way. Which was another interesting writing exercise for me. Instead of this like almost hyper-poetic trying to challenge language or trying to make a really complicated song, just really focusing on simplifying and telling it exactly how it is in the most truthful way you can.”

Her storytelling on Kathleen II is brutally honest. She doesn’t evade any of the tough questions or feelings in her life but pursues those hard questions. In a decisive comment about getting over writer’s block, she simply stated, “The best stuff comes when you pursue shit you hate.”

Overall, Kathleen II is all that we hoped it to be — cathartic, joyous and the EP to make you dance. Listen to “Can’t Sleep” below and the rest of Kathleen II here. 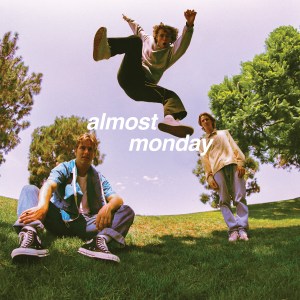 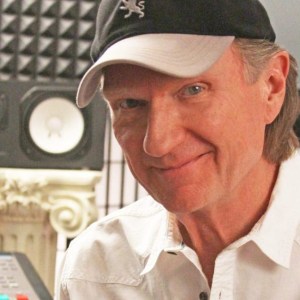