In the 1988 book, The Manual (How To Have A Number One The Easy Way), “The Timelords” (or better known as The KLF) wrote a veritable handbook on how to nick pieces of other people’s records, stitch them together, and fashion out a #1 record.  Many artists have followed that pattern and created tailor-made hits like “Ice Ice Baby” by Vanilla Ice and “(Bring Me) Edelweiss” by Edelweiss. For his new single “Black Travolta” however, Los Angeles-based artist Doug Lock didn’t merely sew a recognizable hook into an original song… he wove a total banger.

Needling that iconic and unmistakable melodic funk riff from The Bee Gees’ disco hit “Stayin’ Alive” into an ecstasy-fueled Ennio Morricone soundtrack, “Black Travolta” turns up the disco bassline in this Spaghetti Western theme song to Full Throb.  “I wanted to explore a sexy flirty side of my personality and play in genre mixing,” says Locke. “We got to play with elements of disco, country and funk as well as using different parts of my voice.”

Like Lil Nas X’s “Old Town Road” or Imani Coppola’s “Legend of a Cowgirl”, “Black Travolta” ties together genres that normally don’t exactly match and blends them together, making the disparate musical cultures indistinguishably cohesive.  Its mere existence may be manmade, but its groove is real.

Like his song, Locke himself is bit of a patchwork. A singer/songwriter, model, actor, and activist, he meshes all aspects of his art into a singular living, breathing vision… one that is apt to evolve and grow,   “I write best when I let go of self-criticism… when I am able to get out of my own head and let the creativity flow without self-censorship,” he explains about his creative process. “I’ve learned to follow the inspiration as it comes, and to not be afraid to revisit, rewrite and tighten up.”

It is this fearlessness in his own art that allows him to create such a fluidly exciting mash-up in “Black Travolta.”  Like its namesake, the track grooves in the same oily slink that John Travolta unleashed in films like Saturday Night Fever, Pulp Fiction, Urban Cowboy and Grease but woven with a natural sass that Locke himself bedazzles. While country and disco may seem rather strange bedfellows, except for both genres’ love of sequins, the often ultra-conservative world of Country hasn’t been known for its open-arm acceptance of the LGBT community until recently.  With the emergence of Ty Herndon from the closet and Orville Peck’s flamboyant mystique topping charts, Locke makes no bones about his sexuality.

“I can walk the walk / And these hips can talk / And if you’re wonderin’ / I’m a man’s man,” he sings at the top of the song.  An LGBT advocate who doesn’t mince his words, he’s looking forward to confronting stereotypes and change the tenor of acceptance within that community. “I am an advocate for social justice reform and a LGBT activist. I look forward to sharing my music with the world and adding to the conversation with my unique voice and perspective,” Locke explains, hoping to change the feel in the fabric of Country Music. “I hope that through pop music, I can change minds and hearts.”

“This song is pure joy to me,” he smiles, knowing that what he’s sewn is seamless. “It was born out of self-love and a sick groove. When people hear this song, I want them to have fun and get up and dance their problems away.”  … like Black Travolta. 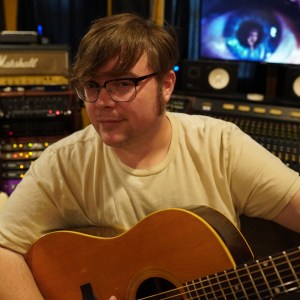 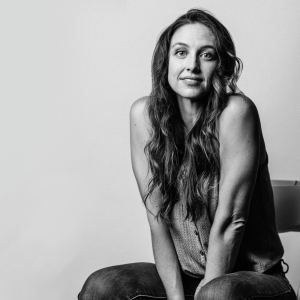