Drag has changed the world, especially recently. The centuries-old tradition has, of late, earned a significant number of eyeballs thanks to the surging popularity of the Emmy Award-winning television show RuPaul’s Drag Race. The program has made stars of dozens of drag queens since its inception in 2009. As such, the show has not only changed the world but it’s changed the lives of its annual crop of protagonists, many of whom have become globally known with millions of social media followers.

One of those famous drag queens is Alaska Thunderfuck (born Justin Andrew Honard), who distinguished herself on the show with elegant makeup, a regal persona, and wry humor. Now, though, Alaska is making a name for herself in new formats. She has a memoir out on November 9 and a new single, “Red,” out last month. The track portends both a new LP and music tour in 2022. Indeed, Alaska is involved in much, but it’s all sewn together by her love for the art of drag.

“There’s my life before Drag Race and my life after Drag Race,” Alaska says. “It changed completely. It’s a phenomenon that has changed the world. So, to get to have been a part of it, at the time when I did, it defies any logic or explanation. It’s something I’m really grateful for every single day. It’s amazing. I love the show, I still watch every episode.”

A major component both for the show and in the world of drag, in general, is singing. On Drag Race, two queens battle it out at the end of each episode lip-synching to famous songs. But in regional stage performances, singing is often a component. And many drag queens—Trixie Mattel, Katya, Yvie Oddly—have been taking that to the next level, writing songs and releasing records. Alaska is adding her hat (wig?) to the proverbial ring and she’s doing it with a nod to ‘90s and early 2000s pop music.

“The music is really fun,” Alaska says. “And it’s all going to be referencing and drawing upon the music that comes from the ‘90s and early 2000s, because that’s the time I fell in love with music.”

Alaska can actually pinpoint the event. She remembers getting her first cassette tape. She got it because her cousin Chad got a tape and a tape player for his birthday and it just looked too enticing not to have one, too. The cassette? Ace of Bass’ The Sign. No Doubt and Toni Braxton soon followed. A young Alaska would spend hours in her bedroom drawing, listening to music. Outside of sketch time, Alaska’s parents put their child in various activities, from sports (which didn’t go well) to piano (which went so-so). She stuck with piano for 10 years and can still play Scott Joplin’s “The Entertainer.” But the snowball really got started downhill in high school when Alaska took up theater. In college, she dove even deeper.

“The ‘gateway drag’ for me was being Dracula for Halloween,” Alaska says. “The Dracula makeup kit comes with white face-paint and red lipstick—so, hello! And black eyeliner. It was literally the beginner drag makeup kit. And you get to wear a cape!”

Later, in theater, Alaska remembers playing a whorehouse madame and she took the role perhaps too seriously.

“I really ran with it,” she says. “I knocked it out of the park, to the point where after a few performances, the people in the lighting booth were like, ‘We think you should tone it down, your makeup is a little bit much.’”

Even if it’s not always evident, one thing drag queens invariably carry with them is a sense of humility. It’s somewhere under the big hair and foundation. And Alaska is no different. As such, one thing she prioritizes, she says, is her sense of curiosity. When you garner nearly two-million Instagram followers, it might be easy to rest on your laurels. Alaska fights this.

“I like to think that I’m still getting better,” she says. “I’m still very curious about drag, always learning new things and trying new things. And as far as music goes, I haven’t taken vocal lessons since high school, but I just started taking vocal lessons again for this album. Just to learn more about how this instrument works. The music on this album is challenging vocally, but it’s going to be the absolute most fun to sing.”

RuPaul’s signature TV show is colorful, bright. But it also prioritizes femininity and showcases people who haven’t always been given the chance to shine on-screen. It’s provided the platform for Alaska to gain such fame that fans are hungry for a memoir, new LP, tour and much more. It’s a blessing, she says. She loves it and wants to keep doing drag, if all goes well, propped up at 90-years-old in some doorway like the cabaret dancer, May West. As Shakespeare noted, put a mask on a person and they’ll show you who they really are. Alaska embraces this maxim while keeping music riding shotgun with her the whole time.

“I love that music attaches to memories,” Alaska says. “You can hear a song and it can take you immediately back to a time in your life or a moment you had with someone and it instantly brings you there. I love that.” 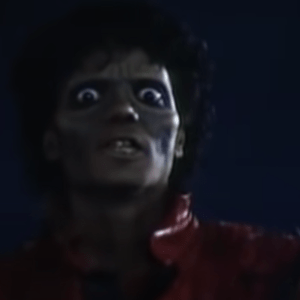