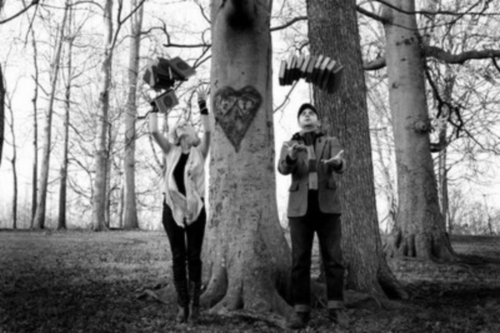 Raised in Memphis on a steady diet of Americana greatness, Drew Holcomb and his band The Neighbors have been darting around the US for six years. Equal parts Springsteen, Petty and Costello (his words, not ours), Holcomb has earned a reputation for stellar live performances.

Holcomb and his band will hit Music City on October 7 as part of Next Big Nashville. American Songwriter spoke to Holcomb while he was on a brief pit stop somewhere between Shreveport, Louisiana and Houston. (Be sure to check out the singer’s profile on American SongSpace.)

Your touring schedule is intense. What’s it like to be a real-life road dog?

We manage to make it work. I’m on the road 150 to 200 days a year. We’re independent [of a major music label] by choice which doubles the need for that many shows. We’ll be gone eight days and then come home for three, or gone a few weeks and home for two.

How does your wife, Ellie, feel about that?

She used to be an eighth-grade teacher and only could join us on the weekends but now she is one of our best songwriting partners and is a full-time member of the band. We sometimes tour together as a duo when the band can’t make it out.

You said you remain independent by choice. Why is that?

Surprisingly, it’s really never a game I’ve played. Whenever we’ve done recording I’ve never sent them to labels. We’ve definitely had the interest but you had to make a decision and people offer the advice but they want us to try different things that weren’t necessary where we wanted to go. We are able to make a living doing it the way we want to do it. I’m not against labels and if the right one came along and it made sense, we’d explore it. But so far it just hasn’t been the right route for us.

Your music is highly influenced by the best of Americana pop. Who are some of your favorite artists?

My favorite musicians are Springsteen, Tom Petty –all the classic American male songwriters. Johnny Cash. You know, my generation stuff. My tastes vary. I grew up on a variety of music: Wilco, Radiohead –stuff that’s not necessarily what we sound like but, being in the digital age, we’re pretty much exposed to everything anyway.

But I am totally a Springsteen nerd. We’ll be at the show here in November. I guess if I could meet someone it’d be him –but just for a beer and a burger, you know?

Are you excited to be a part of Next Big Nashville?

The last two years we’ve been on tour during the conference and festival. I’m really excited to play it this year. We’ve heard nothing but good things from the people that have gone in the past.

Nashville has been so good to me. I’ve lived over in East Nashville for three and a half years now and we try to play in town three to five times a year. We have this great community and friends that support us and, besides all that, I really like the sound guys and venues here. I think the audiences are amazing; really there is so much talent here that you can literally always work with the best. I have so much love for Nashville.

If you are good to Nashville, Nashville will return the love. That’s how I feel about it anyway.