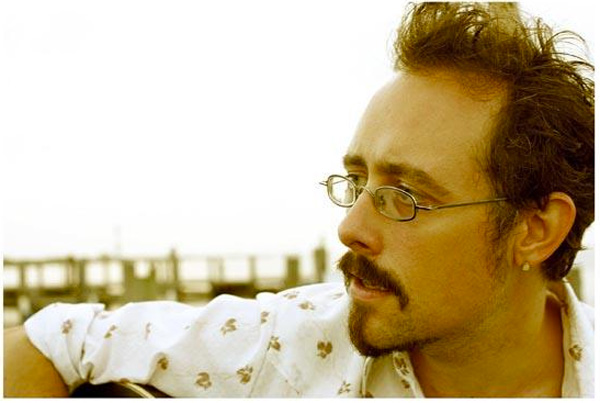 Skip Matheny— currently a songwriter in the band Roman Candle and former bartender in a retirement community — caught up with New York’s Richard Julian at The Patterson House (Nashville, TN) . You may know him from one of his six albums (the newest is called Girls Need Attention on Compass Records), or from Norah Jones’s band The Little Willies. In addition to high praise from Norah Jones and Bonnie Raitt, Randy Newman calls him “one of the best songwriters and record makers I’ve heard in a very long time.”

What are you drinking there?

This is a Spanish margarita. It is really good.  As a rule I like spicy stuff. Sometimes I make a drink at home with a cucumber and a jalapeno pepper and put them through my vegetable juicer and strain out the rind and add that to a regular margarita recipe. It’s a great drink.

When? Hmm. It feels like I was always doing it – making up my own songs. Maybe as early as when I was five years old. I remember one I made up when I was five, when I was at the beach because I remember singing it to my sister — we were out on this raft. I actually remember the words and everything. I started writing songs down when I was fourteen or so. Into high school I had probably written about 50 songs, all of which sucked [laughs]. I don’t do them anymore. But I got into this band that did all clash covers — but I was playing pianos. I was probably the guy (in that band) that could play music the best, so they kind of needed me to sing and do stuff they couldn’t do. They were playing the clash, and they wanted to be blood and guts you know? But I bought this old Wurlitzer at a garage sale and took it over there. I started playing Wurlitzer on clash tunes, which is funny – it’s so wrong in retrospect. But i didn’t care. Then I started introducing my songs to that band, and we all started playing my songs. I was always writing songs – writing songs for girls I wanted to impress, you know…

Starting that early, when did you find a songwriter that really showed you where the whole medium of a 3-4 minute song could go?

It would have been Bob Dylan, but I think my sensibilities might have been formed way before that by music my mom listened to. Kris Kristofferson Willie Nelson, lots of bluegrass, Louvin Brothers, Jimmy Martin, Ralph Stanley, and a lot of easy listening 70’s — Seals and Crofts, Loggins and Messina. We listened to all those records in the house, and i picked up a lot of sensibilities — some of which i have spent good portion of the rest of my life trying to shed — the older and more mature I got, so much of it seemed cheesy, and then some other parts of it grew in stature for me. But when I was in high school I got the Bob Dylan greatest hits thing, and that was huge, I was 14 or 15 and I just thought that sounded so realized – like somebody’s personality and the things that they really wanted to say really crystalizing in a song. And it seeming really easy. It seemed really easy to me at that age. it didn’t seem threatening as it does when you’re an older person and you think how can I distill my thoughts into that kind of crystallization. When you’re 14 you just think “oh – I can say the shit that I am thinking about” It seems easy. And the Pretenders too – their first record came out then, and that really blew my mind. Chrissie Hynde I thought was amazing.

When you are making a record, where does the sense of arrangement or production enter into what you are doing? Is it separate from the actual writing time?

When I’m writing it never enters into the picture. When i get ready to make a record I try to think of musicians who will compliment the tunes, and then when i’m in there i usually have a number of guys play on any number of tunes start stripping away the things they’re doing — I think I use the musicians usually as kind of tools, you know? To get something generated and then I am shaving it down. Its the same process as writing — Like the musicians are like the lyrics or the chord changes. They are another batch of information that you are then shaving and whittling down into something the crystalizes what you want to do. A lot of what I was being exposed to when I was young was either classic rock like Led Zeppelin or KISS or Deep Purple, or new wave like Adam and the Ants. I still feel like I have a lot of new wave [sensibility] in my sense of arrangement structure when I am working in the studio; My sense of where instruments are supposed to enter and how moments are supposed to build and be diffused — I still feel like I am thinking in a New Wave head. Even though you would never know that from listening to my music. But on a strictly technical level of “enter this here” build this moment here” have it slam shut and empty out here…” I feel like it is all The Cars or whatever was on the radio back then.

I know Randy Newman is a fan of yours, but I actually hear a lot of him in your writing as well — and not just because you cover “A Wedding In Cherokee County” — But there’s a lot of switching gears on the record between character songs and other songs which sound like it might be you, talking in your own voice.  But it’s hard to know for sure. The experience for the listener always involves asking first thing: “Who is talking to me here?” When did you start taking lyric-writing seriously, and who were the first lyricists you related to?

Early on, when I really started to get serious about songwriting on a lyrical level — well I was serious about it even when I was 14 — but when I got to New York and saw other people taking it seriously, I got deep into John Prine. I got deep into Randy Newman. All the classic songwriters that almost any songwriter would sit up here and name – the heavyweights, the Mount Rushmore guys. Randy Newman is on there, John Prine is on there, Bob Dylan, you know. Yeah Randy’s stuff though made me feel like the song could embody a lot of elements and parts. You could cram four or five really heavy things [into a song] and they could all co-exist.

I love the fact that your record and song title “Girls Need Attention” sounds up front like it might be offensive to some, just as a phrase, but once the song is done, and given a context, I doubt anyone would disagree with the sentiment.

[laughs] Yeah. Even my eight-year-old niece when she saw the title was a little [raises eyebrow]. She said “Boys need attention too.” And I wondered how girls would respond to it. I was a little nervous about it. So I kind of tested it out. And most of the girls I tested it out on liked it a lot. Once I started considering other titles for the record, based on other songs, this one just seemed more inevitable.

That song, and several on the record have a few lines that shape or influence or change the lighting for the rest of the song. Alexander’s Black GT is another one, where as a listener you are going along and then an off-hand line or two sneaks up and really changes the focus of everything or maybe just raises the bar, or the level of intensity on what is being described. Similar things happen on a lot of post-motorcycle-crash Bob Dylan songs. Is this something you are aware of in your own writing, or do you notice it in others?

Yeah the excitement of what Bob Dylan did, got a little more streamlined after Blonde On Blonde. Whereas Blonde On Blonde is just devastatingly dense with imagery. And then after that — I mean there’s lines — well I love the record planet waves. I love the way the band plays on that record, and I love his writing on that record eve though it; not his best writing. But he’s got a line that song tough mama where he says “Today on the countryside, it was hotter than a crotch.” [laughs] “I stood up there alone on a ridge, and all I did was watch.” Me and Brad Jones started laughing about that line one time and I still his house whenever I ned to get in touch with him, and leave that line or some other Dylan line on his machine — instead of saying “hey man call me back.” Then he calls me back with some other line.

That’s great. “Tough Mama” is a great song. “Let me blow a little smoke on you…”

I think of Bob Dylan outside of the rock pantheon. i don’t think of him in terms of the Beatles or the stones, or even the music he was influenced by, like Jimmie Rogers or Hank Williams. I think of Dylan as Homer or as Picasso, as one of the great artists that any country ever produced down through the ages. He’s the one we’ve got you know? He’s the real thinker, the real transcendent thinker. He speaks for people’s inner life, and even for people’s inner abstractions. in ways that other great writers from the rock era — even Neil Young or Leonard Cohen, who are so great and so different — I don;t feel like a lot of them even begin to approach what he did – or at least what he did for a while.

He’s always interesting. always. He’s one of those artists — its even fun to a watch him fail. He;s so present. he gives it all up. He gives it all. He doesn’t hold back. I think of Roman Polanski the filmmaker in the same way. He’s done a few duds over the years but they are always really highly conceived, and they are really captivating. You know like I can’t even make up my mind about some of his – you know The Tenant?

I don’t know if it’s one of the most brilliant movies or one of the worst movies I’ve seen. I’ve watched it like five times, and I still don’t know what I feel about it. It’s so challenging. It’s definitely not his Chinatown or Rosemary’s Baby or The Pianist or movies that he made — where it doesn’t get any better than that. But I like to watch it anyway. I like his sensibility. I like what he is trying to say even if he can’t really say it. I get it , I relate to it, and admire him for going there. I think of Dylan as the same way for me. 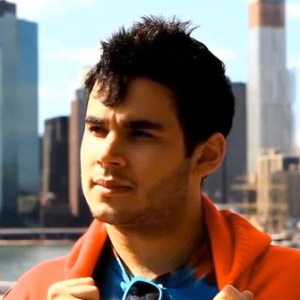 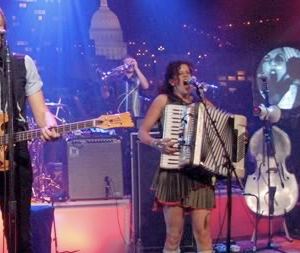