Ruminating on love, loss, and her own creative process, Emily Kinney reveals more scenes to the bigger picture on “Fifteen Minutes,” off her upcoming release, The Supporting Character (Jullian Records), out April 9.

Exploring personal fears expressed through dance, the visual representation of “Fifteen Minutes,” choreographed by Ashlynn Malia and directed by David Schlussel, features ballet dancer Sydney Moss dancing around Kinney’s insecurity and revealing lyrics, Seekin’ stories is a noble cause / But seekin’ fame will leave you lost / Drinkin’ champagne on your own / Scrolling through pictures on a telephone in a hotel room.

“I love being a performer and actor but I can also be extremely shy, introverted and awkward, and having the experiences of success, fame and being on a hit TV show have definitely forced me to come right up against those uncomfortable aspects of my personality that maybe aren’t as well suited for certain parts of the entertainment industry,” says Kinney. “Making this video was one of the best, most fun days I’ve had in the last year.”

Known mostly for her roles on The Walking Dead, ABC’s Ten Days In The Valley, and Showtime’s Masters of Sex, Kinney’s deeper root in songwriting was evident since her 2014 debut, Expired Love, through her third release, Oh Jonathan, in 2018.

On The Supporting Character, produced by Benjamin Greenspan, Kinney explores more personal elements from heartbreak, family history and the issue of her own personal struggles with body image on “Skinny.”

“Obviously being an actor, I’m constantly aware of my size and how I look, and some days I regret the amount of time I spend thinking about it,”  shares Kinney. “The chorus talks about how I used to think that when you’re smaller you’re doing better, but I’ve realized that I’m my skinniest when I’m doing the worst, emotionally.”

“When the Midnight Fireworks Start” also touches on Kinney’s own creativity process and how it threads into her life in Los Angeles. “It’s tempting to compare my progress to others, especially in a city like L.A. where so many people are doing so many cool things,” says Kinney. “That song really explores the fact that I know that I work and develop slowly. I tend to chip away at things bit by bit, but I still have a feeling that I’m on the right path and something special is going to happen with my creative endeavors in the future.”

Leading up to the release of The Supporting Character, Kinney will perform a live streamed show from Hotel Café in Los Angeles on April 2. Seeped in more personal elements, connecting to the people who know her best on the reflective tracks “Omaha Hotel” and “Genetic Makeup,” Kinney wrote The Supporting Character prior to the pandemic after spending a week with her father in San Diego and realizing the preciousness of life and time.

“I drove home on the 5 and remembered thinking that I was a part of something much bigger than myself,” says Kinney. “Life is really magical and goes by so fast, and I realized that I want to spend more time with my family and friends and less time chasing my career.” 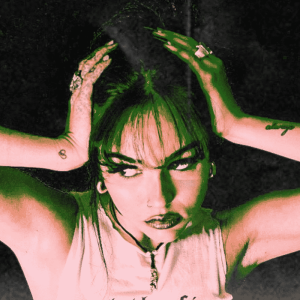 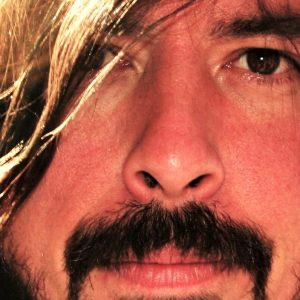