Eve spent her formative years traveling to and from her family farm in the tiny town of Colcord, Oklahoma. Inspired by the pastoral landscapes and the nuanced characters she grew up around, her whimsical voice illustrates a world that is familiar yet surreal, haunted by apparitions.

A departure to Montreal at the age of 18 led to a fortuitous meeting with saxophonist Military Genius, resulting in her first album “In Hell” (2017). But a sudden tragedy put things on pause and had Eve on a plane back to Los Angeles to be with family. We’re honored and grateful that in the emotional wake of tragedy, Eve rejoined Military Genius in Vancouver to finish the highly awaited Metal Bird album.

“In 2018 I experienced a great loss in my life,” Eve shares. “I felt my old world was dead and gone. As strange as it sounds, the symbol of the airplane started showing up everywhere and offered me inspiration. They represented a place between places, or what some call Purgatory, the Bardo, or the Void. To me, Metal Bird is like a collection of seat pocket poems written on a long flight. It’s a memento of the three years I spent exploring the sky while wondering where to land.

Serving as the gateway to the world of Metal Bird is the focus track “Blues Look The Same,” a spell-binding lullaby that pulls you in with hypnotic guitars and confessional vocals, alerting the listener that they’re not in Kansas anymore.

“Blues Look The Same” builds in strength, like a fast-approaching thunderstorm, foreshadowing the transformative journey of a soul in peril. Twinkling piano cradles the listener as gorgeous slide guitars  swirl around Eve’s tender voice. This classic offering is a genuine reflection of Adams as an artist.

“I think of this song as the prologue to many stories”, Eve Adams says. “It’s about the troubles that lurk behind the comfort of your plans and how tragedies show up in our lives. As the words suggest, I’d like to encourage a feeling of unity in life’s shadows, because we all find ourselves there at some point.” 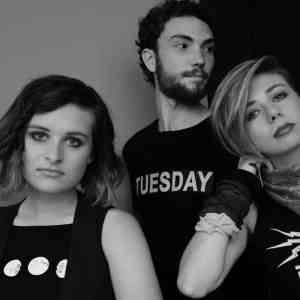 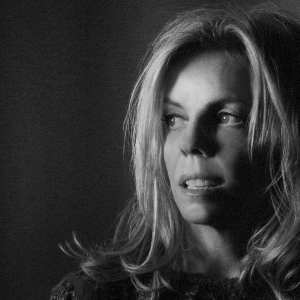