Jackson Browne made his return to Austin City Limits (ACL) for the first time in two decades with a full band and some special guests. Browne’s performance was filmed and is set to premiere on Nov. 13 on PBS.

“It took a minor miracle just to pull off this show,” Terry Lickona, longtime executive producer of ACL tells American Songwriter. “We had been talking to Jackson for the better part of a year, and between the pandemic, Delta, and complicated touring and logistics, it almost didn’t happen.”

Throughout his nine-song set, which was originally taped on Sept. 22, 2021, Browne performed some songs spanning his 50-year career, including two from his latest collection Downhill From Everywhere. Backed by an eight-piece band, featuring bassist Bob Glaub, Jason Crosby on violin and piano, Greg Leisz on pedal and lap steel, drummer Mauricio Lewak, Jeff Young on organ, and Alethea Mills and Chavonne Stewart.

Special guest Leslie Mendelson, duets with Browne on “A Human Touch,” a song the pair wrote for Downhill From Everywhere, while guitarist Val McCallum joins Browne for “My Cleveland Heart,” a song the two penned for the same album.

“It’s like Valhalla for us, getting to play Austin City Limits,” joked Browne to the crowd.

Wrapping up the set, Browne performed “Take It Easy,” a song he wrote with Glenn Frey for the Eagles in 1972. “Sing it so Glenn Frey can hear you,” said Browne to the audience.

“Jackson came through in the end,” said Lickona, “and we captured what makes him such an essential artist.” 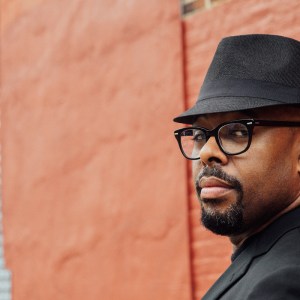